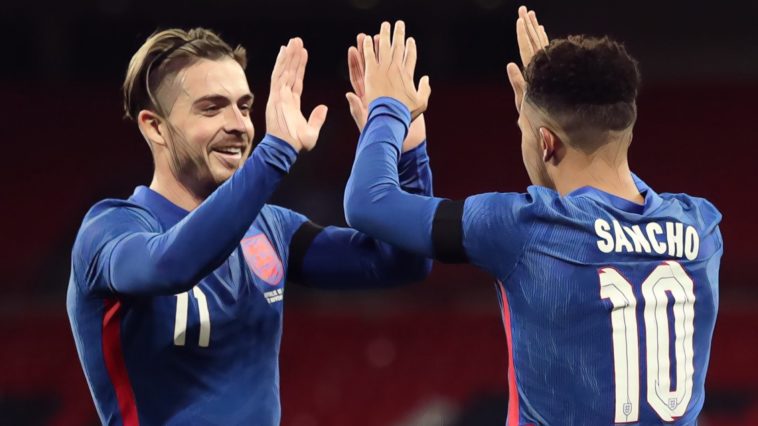 Gareth Southgate has defended his stance on playing England’s best side in tonight’s dead-rubber Nations League clash with Iceland, despite ‘huge pressure’ from Premier League clubs.

England face Iceland at Wembley this evening in a fixture of little significance, the Three Lions’ 2-0 defeat to Belgium at the weekend having ended any hopes of reaching a second successive Nations League finals.

Iceland have lost each of their five fixtures in the group to date and also have little riding on the result, though Southgate insists he will approach the clash with preparation for next summer’s European Championships in mind.

The use of England’s key players for tonight’s fixture is likely to be greeted with huge apprehension from Premier League clubs, with the likes of Jordan Henderson, Raheem Sterling and Joe Gomez amongst those to have already picked up injuries during the international break.

Southgate sympathises with clubs and says it is his responsibility to manage the demands on the players amid a congested fixture list, though insists his players ‘want to play’ and pointed towards the preparations of Europe’s other leading nations in a defence of his stance.

“We are representing 50 million people, we are trying to prepare for the European Championship,” said Southgate at his pre-match press conference. “The players want to play. They want to achieve personal landmarks.

“They are in a really difficult situation. They are under huge pressure from their clubs. That is going on in the background, for sure. That is the landscape whether it is made public or not.

“I totally get it from a club perspective. It’s never been more competitive in our league and we have lots of huge personalities and strong people who are always looking for an edge. So we’ve got to manage that.

“We will help but we’ve also got to be firm. Our competitors are making use of the games and building their teams, and we’ve got to do that.

“We have challenges in our country and have done for years because of the strength of the league. It makes it more difficult for England at times, so we’ve got to make sure we don’t hinder our own chances.

Read – Government considering allowing some fans back into stadia next month