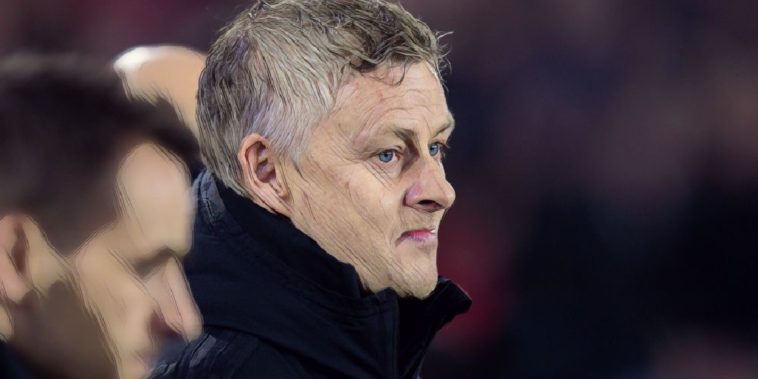 Ole Gunnar Solskjaer’s position at Manchester United is under ‘no immediate threat’ despite their Champions League exit, though senior players reportedly believe the Norwegian’s tinkering is contributing to their inconsistent form.

United crashed out of the Champions League on Tuesday night following a disappointing defeat to RB Leipzig, a poor performance resulting in a 3-2 defeat in Germany and the Red Devils dropping into the Europa League.

Solskjaer’s position has once again been questioned following the manner of the defeat to Leipzig, though he retains the support of both the club’s hierarchy and dressing room despite their exit from Europe’s elite.

According to the Telegraph, the Red Devils’ board believe that the Norwegian remains the right man to lead the club forward and he is ‘well liked’ amongst the players, though several senior stars have expressed concerns about the unsettled nature of his team selections and systems.

United have switched between several systems during Solskjaer’s reign and started with a back five formation for the defeat to Leipzig, a system that was later changed as they fell two goals down in the opening 13 minutes.

Solskjaer has also often used a 4-2-3-1 formation and more recently a midfield diamond, the uncertainty surrounding his best team having seen him name an unchanged line-up in the Premier League just once since his appointment at Old Trafford.

Harry Maguire admitted United looked ‘more comfortable’ with a back four than a back five during the clash with Leipzig in midweek, though post-match insisted it’s ‘no excuse’ for a poor performance from his side.

United have started poorly on several occasions this season and have fallen behind in each of their past four fixtures in all competitions, in addition to every single away fixture in the Premier League.

"We've got to look at ourselves."

"You can't defend crosses, you're going to lose matches."

There is a belief that the continued changes have made it more difficult to ‘forge partnerships and hone understandings on the pitch’, though there is an acceptance that Solskjaer’s hand has been forced amid several issues including a lack of pre-season, a frustrating transfer window and injuries.

United failed to sign Jadon Sancho during the summer despite a summer long transfer saga involving the Borussia Dortmund winger, with the majority of the club’s transfer activity occurring on deadline day following a flurry of new arrivals.

Solskjaer’s side return to Premier League action this weekend with the club currently sixth in the division, facing Manchester City in a huge derby clash at Old Trafford on Saturday evening.