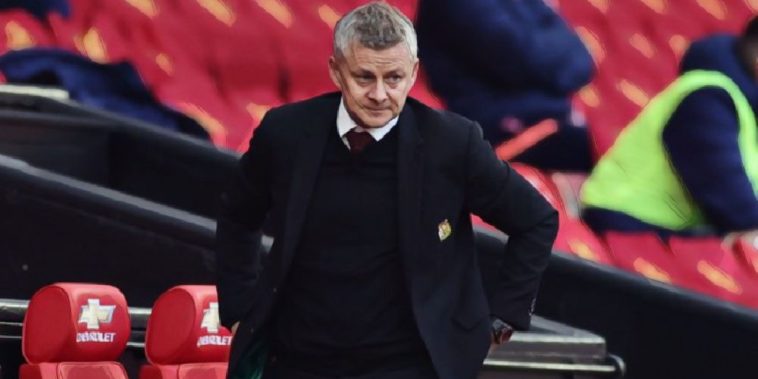 A report has revealed that Manchester United boss Ole Gunnar Solskjaer ordered a review into the club’s transfer failings, in order to avoid repeating past mistakes in the future.

The club are currently on a high having enjoyed a successful transfer window to date, the Red Devils securing the signing of Jadon Sancho on a £73m deal from Borussia Dortmund, before further strengthening with the addition of Real Madrid’s high decorated defender, Raphael Varane.

While there remain other areas of the squad that are perhaps in need of bolstering, the club’s transfer dealings in recent months appear vastly improved from that of a year ago, when much of United’s business was done on a frantic deadline day.

Although the signing of Donny Van de Beek had been secured before the October deadline, the club were involved in an unsuccessful and highly public pursuit of Sancho, before being left scrambling on the final day of the window to bring in further recruits – eventually signing Alex Telles, Facundo Pellistri and free agent Edinson Cavani, the latter of whom at the time appeared something of a panic buy.

While Cavani has emerged as a real coup, the rest have struggled for regular minutes, continuing a trend of seeing talent arrive at Old Trafford, only to eventually fail to deliver.

As per The Athletic, following the close of the 2020 summer window, manager Ole Gunnar Solskjaer ordered a review into the club’s transfer failings, in order to prevent further transfer disappointment down the line.

The Norwegian was reportedly keen to understand ‘how certain signings in the past were missed’, as well as finding out ‘if potential signings could have been flagged earlier or whether deals instead fell at the negotiation stage’.

United are said to have been retracing ‘historic pursuits’ in order to garner an understanding of who it was that turned down the chance to make key signings, as well as delving into whether the club’s scouting reports were up to scratch.

One point of issue for Solskjaer was the failure to secure the now highly-coveted Erling Haaland when he was available for just £5m a few years ago, with the United boss having recommended him to the club during his stint in charge of the striker at Molde.

The hope is that deals can be made ‘smoother’ in future, with that responsibility ‘resting with new football director John Murtough and technical director Darren Fletcher’, though Matt Judge is still in charge of negotiations.