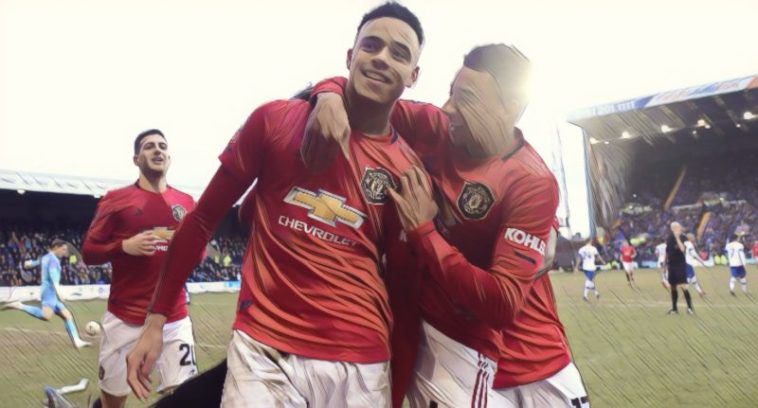 Manchester United eased the pressure on under-fire manager Ole Gunnar Solskjaer today by hammering League One side Tranmere 6-0 to progress to the fifth round of the FA Cup.

Hopes were high around Prenton Park before kick-off that Tranmere could stage a famous cup upset against a struggling Manchester United side, but that was soon put to bed when Red Devils skipper Harry Maguire blasted home into the top corner from the edge of the area after just 10 minutes.

From there the floodgates opened, with Diogo Dalot, Jesse Lingard, Phil Jones and Anthony Martial all finding the net to send Solskjaer’s side in 5-0 up at the break. Highly-rated youngster Mason Greenwood would put the cherry on the cake in the second half, the 18-year-old firing home a penalty.

Speaking after the game United boss Solskjaer was delighted with his sides showing and how they handled a cut-up Prenton Park surface.

“A lot has been said and written about this pitch. We played it well,” Solskjaer told BBC Sport.

WHAT A WAY TO SCORE YOUR FIRST @ManUtd GOAL 💥#EmiratesFACup #TRAMUN pic.twitter.com/pdp0Pr6CaZ

”We didn’t want to make it a long-ball fight because that’s not the game we wanted. We put the ball down and scored nice goals.

“We have good footballers. They give everything in every game.”

Solskjaer also insisted that he is paying little attention to the mounting criticism both he and his side are facing in the press.

“I don’t know what you’ve said and written,” the Norweigan said.

”You can see everyone wanted us to fail but it doesn’t bother me.

”I can’t be up and down [emotionally]. I’m happy but won’t relax. Two big games coming up.”

Next up for United is a Manchester Derby clash in the Carabao Cup away at the Etihad, with Solskjaer’s side trailing 3-1 from the first-leg.