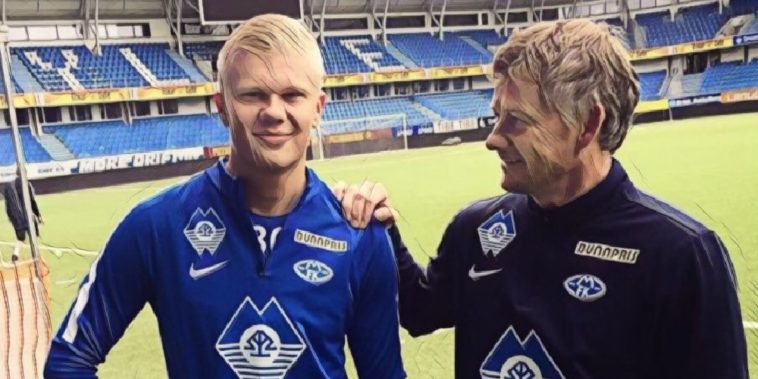 Ole Gunnar Solskjaer insists that Mino Raiola should not be an ‘issue’ in Manchester United’s pursuit of Erling Haaland, the talented striker represented by the controversial agent.

Haaland has been strongly linked with a move to Manchester United in recent weeks following his prolific start to the season with RB Salzburg, scoring 28 goals in 22 appearances, including eight in the Austrian side’s six Champions League group games.

There has been talk that the Norwegian could make a move in the upcoming January transfer window, though it has been said that Haaland’s decision to be represented by Mino Raiola could prove problematic due to United’s previous dealings with him.

However, having denied reports that Haaland flew to Manchester on Friday for talks about a possible move, Ole Gunnar Solskjaer was asked about Raiola’s involvement in any potential deal.

“Players can choose their own representatives,” Solskjaer said.

“I had probably my best friend looking after me and it is so important that every player has complete 100 per cent trust in whoever represents them.

“Agents work for the player. The player is in charge.

“I don’t have any issues about who represents players because I don’t really speak to them. I have got nothing to do with the money.