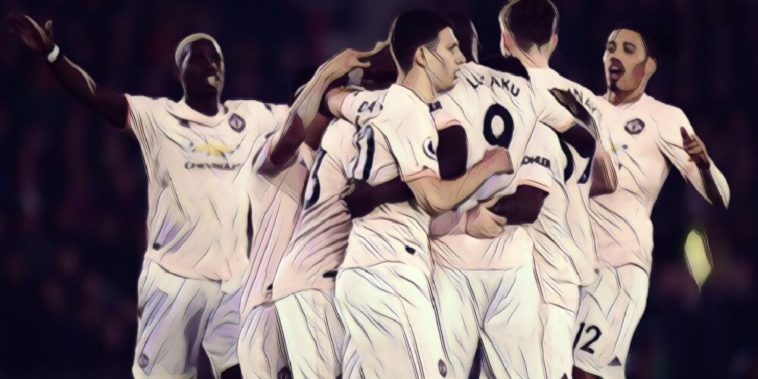 Ole Gunnar Solskjaer said he was pleased to see fringe players make the step up in Manchester United’s 3-1 victory over Crystal Palace on Wednesday night.

A brace from Romelu Lukaku and an 83rd minute clincher from Ashley Young sealed the win for the Red Devils at Selhurst Park, keeping the club within one point of fourth-placed Arsenal in the Premier League table.

Palace away was a tricky fixture for Manchester United, who were without a number of key players following a physically demanding clash with Liverpool the previous Sunday, but were able to depend on their squad to fill in adequately.

Lukaku, who has mostly featured from off the bench under caretaker manager Solskjaer, took his opportunity with both hands, while Scott McTominay, Fred, Alexis Sanchez and Diogo Dalot were also given rare starts with academy prospect James Garner coming off the bench.

Speaking after the game, the Norwegian manager was pleased to be able to secure the three points while utilising his squad depth.

“It’s a great away win. We controlled it well. That’s a few away wins on the bounce, Fred and Scott McTominay haven’t played much and we got another debut for one of the kids coming through too in James Garner,” Solskjaer told the BBC.

“It’s Manchester United, we do have a quality squad and quality players and we will continue to bring players through. Every team in the league will have injuries at this time of the season.

“Lukaku had two good goals and his link up play was very good too, he is working hard in training and has been playing well. He’s had to play wide for me and had many defensive duties so I’m happy for him playing as a number nine.

“It’s always good to see players taking their chance. that’s what it’s about at this club, when you get your chance, grab it.”

See Also: Five of the Best – Assist to goal partnerships in the Premier League