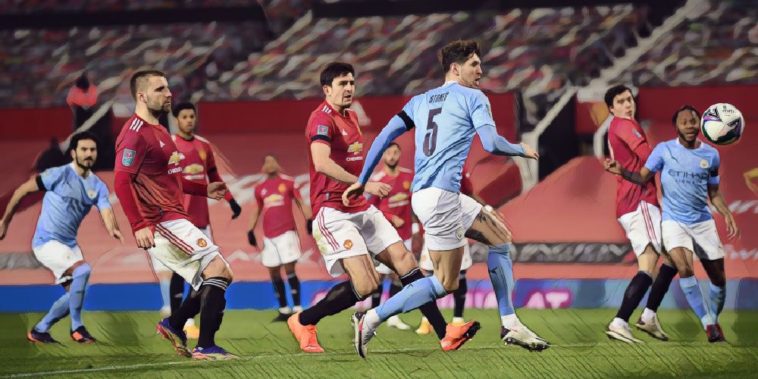 Solskjaer’s side went into the match looking to end their semi-final hoodoo, yet ultimately, it was a fourth consecutive last-four exit for the Red Devils, with City running out deserved winners after goals from John Stones and Fernandinho.

While their inability to reach a final was once again a major issue, the game also illustrated Man Utd‘s struggles to defend set-pieces, with both goals coming from dead-ball situations.

The first goal saw a whipped Phil Foden free-kick evade all those in red to reach Stones at the back post, while City’s crucial second came as a result of a poor headed clearance at a corner by Aaron Wan-Bissaka, with Fernandinho firing home brilliantly on the volley.

As per WhoScored, United have conceded seven goals from set-pieces in the Premier League this season, the joint fourth-highest, only behind Leeds United, Leicester City and bottom side Sheffield United.

This trend of conceding from set-piece situations is clearly a ‘worry’ for the United boss, with the 47-year-old admitting that his side need to defend dead-ball situations better, particularly when they don’t win the first ball.

The resurgence of John Stones continues! 💥

“It’s something that we have addressed that we need to do better at,” Solskjaer said at his pre-match press conference. “We seem to suffer … when we don’t get the first contact we have been punished quite severely and more often than anyone else.

“We’re quite good at the first contact and defending the ball but, when we haven’t, we have conceded too many goals. I think we’re very high up there in the stats of when we don’t get the first contact that we concede. That’s a worry, of course.

“It’s a worry when you concede goals but we have defended really well at times. But, as I’ve said against Man City, when you defend as well as you do in open play and you don’t really concede too many chances, you’re disappointed in big games against good players and good teams that we lose that bit of focus [at set pieces].

“It’s a big part of football. So many goals are conceded from set plays but, as I said we do have a good record of winning the first ball, but when we don’t it seems like it goes in every time.”

United look to get back to winning ways this evening when they face Watford in the FA Cup ahead of a vital week of Premier League football. Solskjaers side finally play their game in hand against Burnley in midweek which could take them above league leaders Liverpool, before they travel to Anfield next weekend.