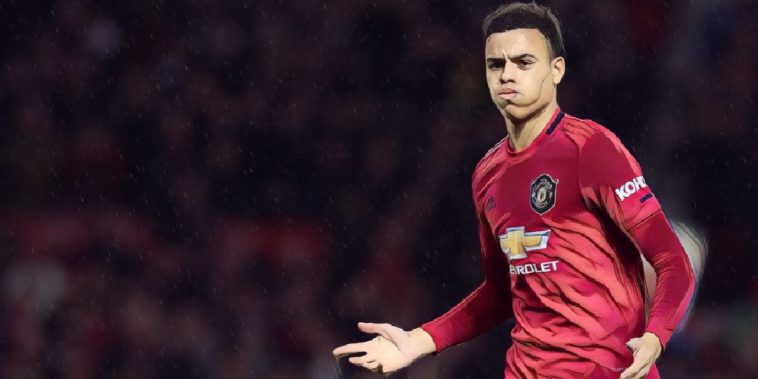 Ole Gunnar Solskjaer has revealed that Mason Greenwood has ‘filled out’ during football’s lockdown, admitting the suspension of the season has done the teenager ‘all the good in the world’.

Manchester United visit Tottenham this evening in their first fixture back since the Premier League‘s suspension, with the club seeking a positive result against their top four rivals as both sides pursue Champions League qualification.

The reverse fixture in December saw Marcus Rashford score twice for the Red Devils as Jose Mourinho’s first reunion with his former side ended in defeat, whilst the clash was also notable for a first Premier League start for academy graduate Greenwood.

Ahead of tonight’s clash Solskjaer has recalled his team’s performance in beating Spurs late last year, admitting he never had any doubt over Greenwood’s ability to make an impact at the highest level.

”The players were really focused for Spurs,” Solskjaer told Andy Mitten of The National. “There was a lot of media around the club after [draws at] Sheffield United away and [Aston] Villa at home. Jose was coming back and everyone knew it was a big game for them, for me and for the club. We played exceptionally well.

“It was Mason’s first start in the Premier League. He was excellent in that position. Rashy [Marcus Rashford] was top class and we should have won by more.”

He didn't just score the goal, he started the move – that's our @MasonGreenwood 🏃‍♂️#MUFC pic.twitter.com/7wxOmgMCBp

“That was a very important period for us,” he continued. “We had injuries and Anthony [Martial] wasn’t fit to come in but I was never in doubt to start with Mason. He’s a top footballer and he’s just going to grow and grow. Those experiences will stand him in good stead for the rest of his career. He played really well in that game and his movement caused a lot of problems for them.

“I’m looking forward to seeing more of Mason. He’s always going to score goals, he’s filled out over this lockdown period and his performances in training have been great as well. I’m sure that he’ll have an impact between now and the end of this season.”

Greenwood has established himself as one of the most exciting young talents in the country following his performances so far this season, the forward having scored 12 goals in all competitions, including five in the Premier League.

Solskjaer is keen to urge patience with a player who only turned 18 in October, but says he can already see improvements following the notable physical development of the teenager during the three-month hiatus.

“Mason is a young boy, still 18,” Solskjaer added. “The lockdown has done him all the good in the world. At this age they do develop and Mason is looking more like a man.

“Sometimes, earlier on, you could see he was a kid but now in training he can use his strength better. He’s done really well over the three or four weeks that we’ve been training. His quality in front of goal has always been there but now he has more muscles to keep the defenders away.”