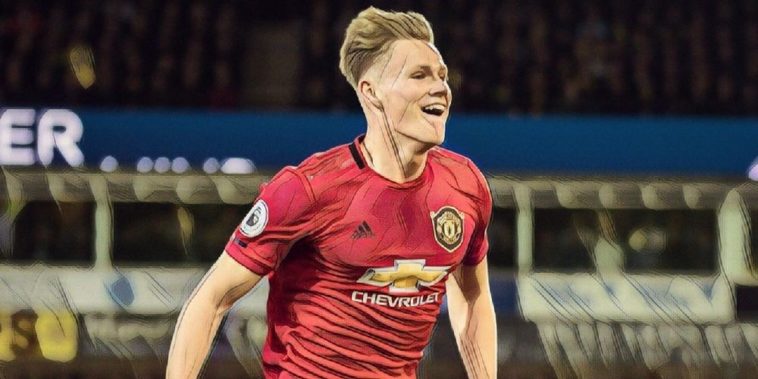 Ole Gunnar Solskjaer has discussed the role of Scott McTominay ahead of the midfielder’s potential return for Manchester United against Watford this weekend.

The Scotland international has not featured for Manchester United since suffering a knee ligament injury during the win over Newcastle on Boxing Day, but despite missing the club’s 1-1 Europa League draw at Club Brugge last night could be in contention for this weekend’s trip to Vicarage Road after returning to first-team training.

Solskjaer admits the return of the academy graduate is a welcome boost to his side, the 23-year-old having established himself as a key figure under the  Norwegian prior to his spell on the sidelines.

“He is a physical specimen, he’s a leader, he never shirks a tackle and he brings everyone with him,” Solskjaer said his post-match press conference in Brugge.

“He can sit with Nemanja Matic or Fred or he can be one of the runners in midfield. We were talking about that [on Thursday], we don’t have enough runners past the striker.

“He used to be a striker before, Scott, so he is used to being in the box.”

Solskjaer refused to confirm whether McTominay would be included in the match-day squad on Sunday, but says he will assess the midfielder’s progress during Friday’s training session ahead of a potential return.

“He might be in the squad,” the Norwegian admitted.

“He had a rest day on [Thursday], so let’s see how he is [on Friday]. I’ve not been surprised [by how quickly he has recovered] because that’s the type that he is.”

Evra reveals he urged Solskjaer to give Brandon Williams ‘a chance’