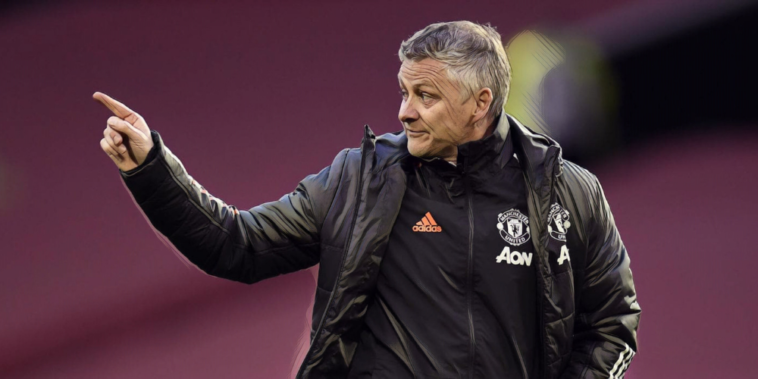 Ole Gunnar Solskjaer launched into a passionate defence of Phil Jones and has described Rio Ferdinand’s comments on the Manchester United defender as ‘out or order’.

Jones has not featured for the Red Devils since a 6-0 win over Tranmere in January 2020, having been sidelined for more than a year with a knee injury.

The centre-back has made just 20 league appearances for the club since the summer of 2018 and just two across the past two seasons, but looks set to remain at Old Trafford beyond the end of the transfer window.

Former teammate Ferdinand was critical of the 29-year-old for remaining at the club this summer, believing Jones should ‘find a new club and play some football’ and accusing the defender of blocking the pathway for youth-team players.

“He’s had too many injuries… I was in the same team as Phil Jones, he came from Blackburn as a young kid, everyone was saying he was going to be this great player.

“Huge potential but injuries have absolutely annihilated his career and then confidence issues at certain times as well.

“He’s never been able to fully establish himself in the team. Whether it’s injuries, lack of form, lack of confidence.

Solskjaer has launched a defence of the 27-cap England international, sympathising with Jones following his nightmare run on the sidelines through injury, the defender having recently returned to training.

The Norwegian criticised Ferdinand’s public comments and believes there is ‘light at the end of the tunnel’ for Jones following his long-standing fitness issues.

“He has had a horrible 18, 19, 20 months – and probably a year before that as well,” Solskjaer said at his pre-match press conference ahead of this weekend’s trip to Wolves.

“Phil is a no fuss, get on with it type of guy. I think that is out of order completely. He is still not 30, but he puts his body on the line and he has never done anything but give everything for the club. Rio of all [people] should know more.

“I have not said too much about the injury. He gets his head down. Just wants to get back fit. I was out for two years with a knee injury. I know how he has felt, you are embarrassed at times coming in.

“Now is not the time for me to throw him in. A month or six weeks he will be there.

“Great that there is light at the end of the tunnel.”