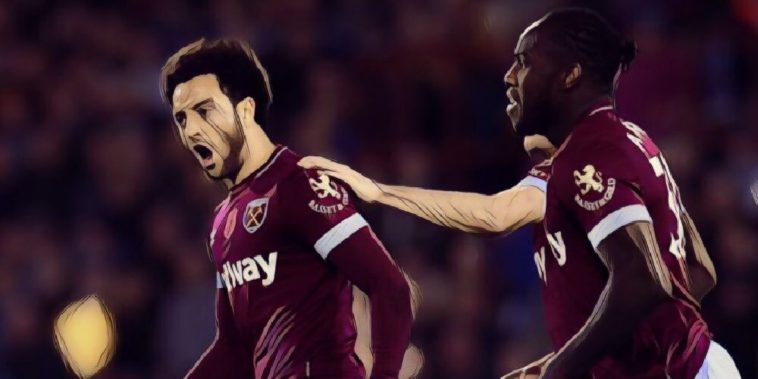 Robert Snodgrass believes West Ham United were full value for their point at Huddersfield on Saturday.

Felipe Anderson scored with 15 minutes remaining, cancelling out an early goal from Alex Pritchard as the game finished 1-1.

Snodgrass said West Ham could have possibly even taken all three points, but that overall a draw was probably fair for both Premier League sides.

“We believed we could win the game but we didn’t start well enough. The manager made changes; we got the equaliser and had a few chances to win it,” Snodgrass said in his post-match interview.

Anderson was signed from Napoli during the summer and was struggling a lot in the early months of the season, but there has been a noted improvement in his performances in recent weeks.

Snodgrass said he wants to see more of the same from Anderson:

“It’s a great finish from Felipe Anderson, what we want is to see him doing that regularly. It’s up to us now to help and support him.

“We’ve showed that spirit that maybe wasn’t there over the last few years. A draw is probably a fair result.”

The former Leeds United and Hull City player’s comments were in contrast to the opinion of his counterpart Pritchard, who believes the Terriers “dropped two points.”

West Ham are certainly back in Premier League action with a bang after the upcoming international break. The Hammers will face title-holders and current league leaders, Manchester City, at London Stadium.