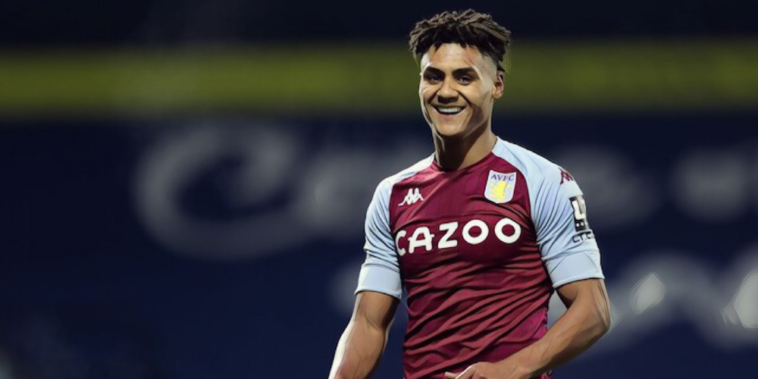 Dean Smith has expressed his delight following Ollie Watkins’ first call up to the England squad and believes the Aston Villa forward can make a big impact at international level.

Watkins was named in Gareth Southgate’s squad for the upcoming internationals against San Marino, Albania and Poland, the 24-year-old rewarded following an impressive debut season in the Premier League.

Watkins became Aston Villa’s record signing when arriving in a £28m deal from Brentford last summer, scoring 10 league goals for the campaign so far to cap a meteoric rise for a player who was playing non-league football just six years ago.

Smith has lavished praise on the star who he described as ‘one of the most hard-working individuals’ he has worked with, stating his belief that Watkins’ international inclusion was merited following his performances this season.

The Villa boss also believes the call-up is the latest example of the progress his side have made, with Watkins following Jack Grealish and Tyrone Mings into the Three Lions’ set-up, whilst the likes of Matty Cash and Ezri Konsa have also been linked with breaking into the England squad.

“It’s a very proud moment and well deserved for Ollie [Watkins].” Smith said at his pre-match press conference ahead of Villa’s clash with Tottenham on Sunday.

“I have spoken glowingly about his attitude and how hard he works. I’m thrilled for him and his family, we told him that Aston Villa could be a great platform for him and so it has proved. I called him as soon as it was announced and I could tell from his voice how happy he was.

“It shows there is great progression at this club, Jack Grealish, Tyrone Mings and now Ollie and I think Gareth name checked Matt Cash. I’m sure he’ll be keeping an eye on Ezri Konsa as well and we also have Ross Barkley, so there’s six players who could potentially get to the Euros so it’s a great statement of intent from this football club.”