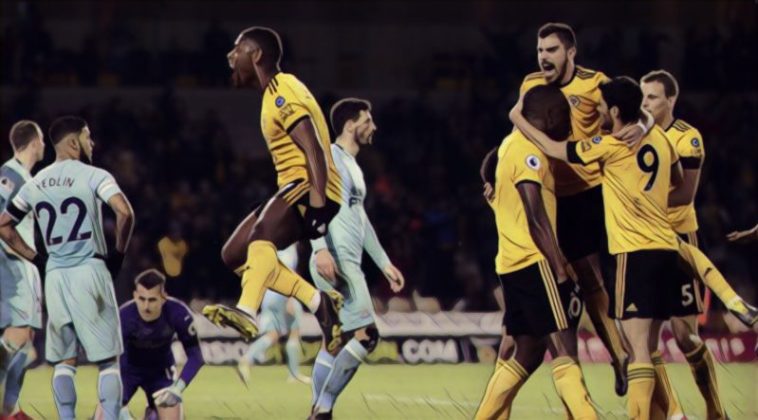 Conor Coady praised Wolves for the fighting spirit to earn a late draw against Newcastle United in the Premier League on Monday night.

Willy Boly headed home in the 95th minute to cancel out Isaac Hayden’s goal earlier on in the second-half, although Newcastle players were crying foul over the centre-back using his arms as leverage over goalkeeper Martin Dubravka.

It was not a vintage performance from a Wanderers side who had eight shots off target during the game, but they were able to keep themselves in the game long enough to force in an equaliser.

Wolves captain Coady remarked that it was typical of the team, who have scored a number of late goals this season, to keep going until the final whistle.

“We always keep going right to the end, it epitomises this team,’’ Coady told Sky Sports.

”We were never going to stop and I thought we deserved something out of the game.

“We kept on going and got the draw in the end. We always believed in ourselves, we have some real good characters in the squad.

“Newcastle set up well and they frustrated us but I thought we deserved a point.

“We are improving, we still have some improving to do, but to show fight like that is encouraging.”

Wolves remain seventh in the Premier League table on 39 points, while could only move one point clear of the relegation zone.