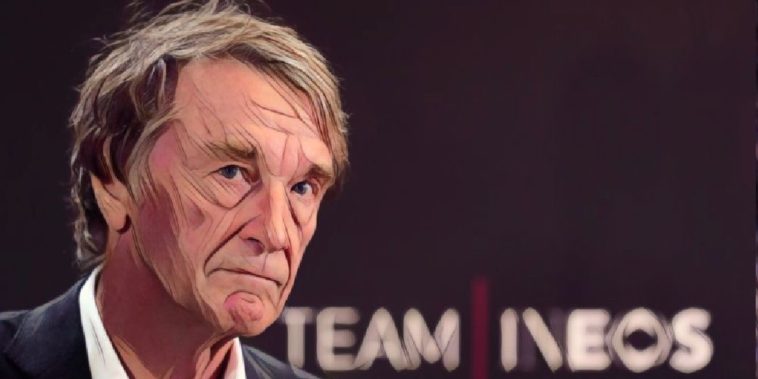 One of Britain’s richest men, Sir Jim Ratcliffe, has announced his desire to take control of Manchester United.

Manchester United fans have protested against the ownership of the Glazer family ever since they took full control of the club back in 2005, the Americans purchasing the club using a leveraged buyout – something that is now prohibited in English football – for £790m.

The purchase was completed using £600 million of loans, with the debt then loaded onto the club, who have been servicing that debt ever since, paying out over £700 million in interest payments alone.

United are also the only Premier League club that pays dividends to its shareholders – mainly the Glazer family themselves – and with everything taken into account, the cost of the Glazer’s ownership to the Old Trafford outfit is believed to be over £1.5 billion.

After what was Manchester United’s worst Premier League points total last season, and a subsequently underwhelming summer transfer window, United fans have continued to protest against their owners as they look to finally bring about a change in ownership.

Michael Knighton – a former United director who tried to buy the club back in 1989 – last week revealed his intentions to lodge a ‘hostile’ takeover bid, while Elon Musk also joked about his interest with a tweet overnight.

However, in what could be the most significant move, Sir Jim Ratcliffe has admitted his interest in buying the club.

Ratcliffe – a boyhood Manchester United fan – owns chemical giant Ineos as well as Ligue 1 club, OGC Nice, and was one of the bidders in the race to buy Chelsea from Roman Abramovich.

Speaking to the Times, a spokesperson for Radcliffe said the billionaire is ‘definitely a potential buyer’ of the club.

“If the club is for sale, Jim is definitely a potential buyer,” the spokesman said.

Bloomberg have today reported that the Glazers would now be willing to sell a minority stake in the club that they value at around £5 billion in order to bring in additional investment, and Sir Jim’s spokesperson said that he would be interested, with a view to a full takeover down the line.

“If something like this was possible, we would be interested in talking with a view to long-term ownership.”

Since taking over, the Glazers haven’t put a penny of their own money in, with the playing side, the stadium and club’s training facilities all in desperate need of investment.

“This is not about the money that has been spent or not spent. Jim is looking at what can be done now and, knowing how important the club is to the city, it feels like the time is right for a reset,” the spokesman added.