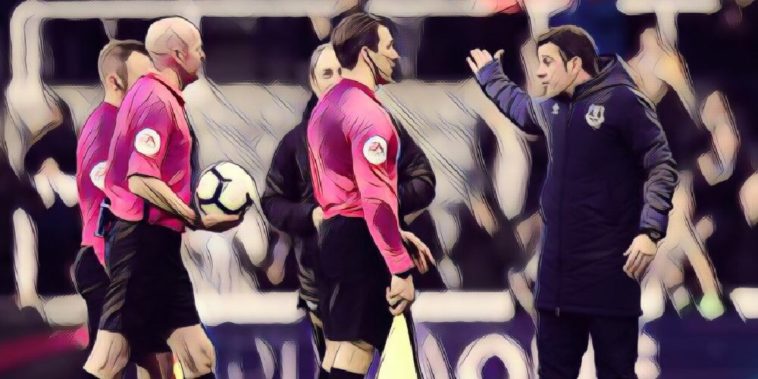 Everton manager Marco Silva has criticised the officials after seeing his side blow a two-goal half-time lead to lose 3-2 at Newcastle on Saturday.

Goals from Dominic Calvert-Lewin and Richarlison had put Everton in a commanding position at St James’ Park, but Salomon Rondon’s goal and Ayoze Perez’s brace sealed a comeback win for the hosts.

Blues boss Marco Silva was unhappy with the match officiating, bemoaning a decision not to award his side a penalty with Newcastle awarded a spot-kick – missed by Matt Ritchie – for a similar incident in the first-half.

“Even in the first 15 to 20 minutes in the second half we had counter-attacks – we had to kill the game in that moment.

“If they gave the penalty to Rondon then it should have been a penalty for us when Gylfi Sigurdsson [was fouled].”

The Portuguese was also unhappy with Newcastle’s third goal, believing an offside should have been awarded against Newcastle forward Rondon.

“I cannot understand five Newcastle players were in the same line and Rondon was offside,” he continued.

“It was difficult to understand when for one side to decide one way then for the other side it’s the opposite way.”

The result sees Everton slip to 11th while Newcastle United move up to 13th.