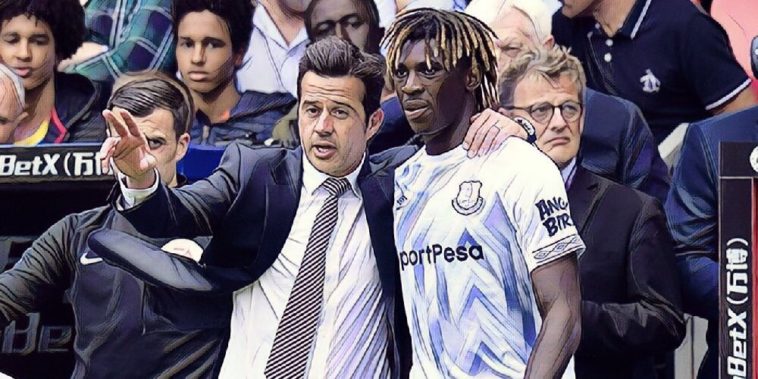 The Merseyside outfit have enjoyed an impressive and ambitious summer transfer window, but today’s starting lineup only included one of their new arrivals in the shape of Andre Gomes, who of course spent last season on loan at Goodison Park.

Sadly, the Portuguese was forced to withdraw through injury at half-time, with new signing Jean-Pierre Gbamin replacing him, while exciting Italian forward Moise Kean was introduced after 69 minutes, although neither could alter the outcome.

Speaking after the goalless draw at Selhurst Park, Marco Silva urged patience with his new additions.

“Tough game, competitive as you would expect,” Silva told the BBC.

“We lost Andre (Gomes), we were controlling the game, creating moments – it’s clear for me in some moments when you bring in new players they need time to adapt. Today was a good example, we lost some balls in zones we cannot.

“Our first half deserved something more. A clean sheet, the attitude was there. We lost some easy balls and if they didn’t happen we would have controlled the game until the end.”