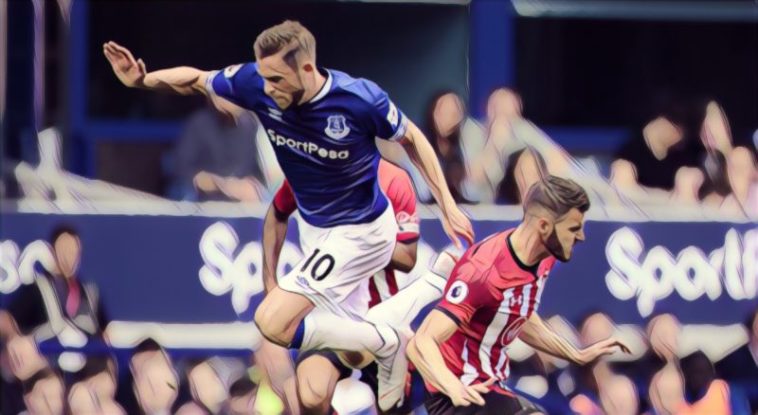 Everton boss Marco Silva has hailed the attitude of playmaker Gylfi Sigurdsson ahead of his sides Premier League fixture away to Leicester today.

Sigurdsson moved to Goodison Park in a club record £45 million deal from Swansea in the summer of 2017, and although the Iceland international showed flashes of brilliance at times, he, like Everton in general, struggled to perform consistently last season.

Just recently, Jamie Carragher had insisted that the Toffees should expect more from their record signing, but Sigurdsson went some way to answering his critics by putting in a match-winning performance during his sides 3-0 win over Fulham last weekend, despite suffering the set back of having missed a penalty.

“It’s not just what he’s doing on the pitch. In some games, he’s performed well, in others not so well, like all the players, but he’s working all the time,” Silva said in his pre-match press conference.

“He’s a professional and a winner. He doesn’t wait for things to come to him. He works to improve as a footballer and in his behaviour on the field.

“After he missed a penalty against Fulham he kept trying to work to help the team.

“I think what he achieved in that game is because he’s working hard.”