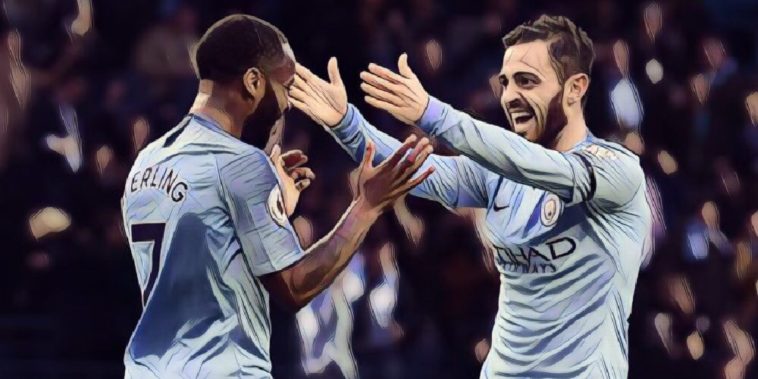 Bernardo Silva says Manchester City need to improve further against Everton and Chelsea if they want to have a say in the Premier League title race.

The gap between first and second has been narrowed down to three points following Manchester City’s 3-1 win over Arsenal and Liverpool’s 1-1 draw with West Ham United.

That gap could vanish on Wednesday evening when City face Everton in the Premier League, but midfield maestro Silva believes the team have to keep improving in every game if they want to put Liverpool under pressure.

“We knew after the Newcastle defeat that we had to give a response to that game in front of our fans,” Silva told reporters after the Arsenal game.

“We are very happy with the way we played — it was a good performance and we are back to winning ways so mentally it is very good for us.

“Now we have two very difficult games against Everton and Chelsea which we want to win. If we don’t, it will start getting very difficult to fight for this Premier League.”

“We know we have to improve even though we have some fantastic performances,” he said. “Sometimes we don’t play as well as we want to. We have to improve that, to see which mistakes we are making.

“The atmosphere in the dressing room is fantastic, everybody is trying to help each other to improve and to try to help the team-mate next to you so we just want to be the better players game by game, to try to be a better team and to try win some titles at the end of the season.”