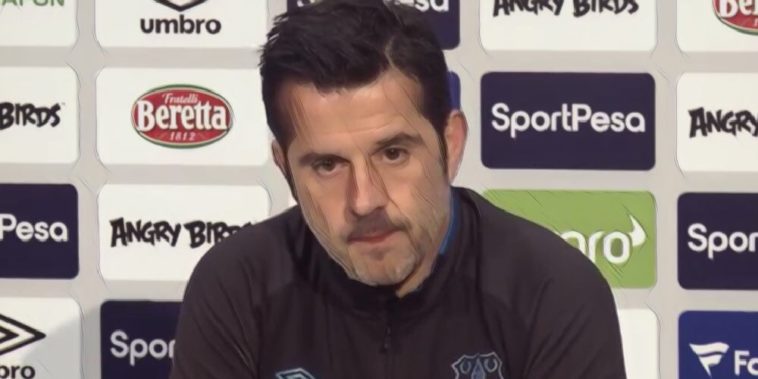 Marco Silva says he pays no attention to reports linking him with the sack, with the pressure continuing to mount on the Everton boss following the club’s poor start to the season.

Everton have endured a torrid run of form over the opening months of the campaign, the club currently languishing in the bottom half and just four points outside the Premier League‘s bottom three.

“My focus is always on my players and what I can control. The next match is always what is on my mind and analysing, of course, why we didn’t perform and we didn’t achieve the result we wanted and needed. Nothing more, I don’t lose one minute thinking about this situation.

“I didn’t see everything (speculation about his future). Like you expect, I didn’t read at all. Of course I have the feedback from the people who are working with me and the media people as well, but not everything.

“It’s not part of my day to read or see what’s happened. I try to put all my energy into the team and things that can help me and my players at the club to perform and to improve.

Everton face a daunting trip to face high-flying Leicester City this weekend, the club travelling to the King Power Stadium on Sunday to face the Foxes who are currently on a run of six consecutive Premier League victories.

See Also: The top assist to goal partnerships so far this season