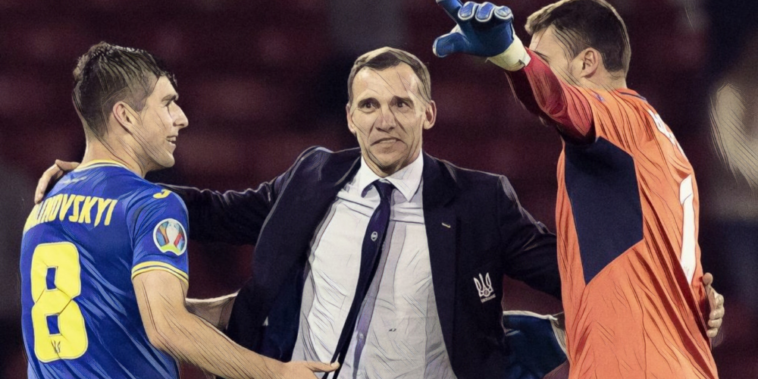 Andriy Shevchenko insists Ukraine are not scared of facing England despite their ‘strength’ after securing progress to a quarter-final meeting at Euro 2020.

Ukraine will face England in the last eight of the European Championship after a dramatic victory over Sweden in the first knockout round, Artem Dovbyk scoring a last-gasp header in extra time following a 1-1 draw in 90 minutes.

Oleksandr Zinchenko had put Ukraine ahead with a sweetly-struck effort, but Sweden levelled before half-time through Emil Forsberg’s fourth goal of the tournament.

Sweden were reduced to 10 men as Marcus Danielson was sent off in the added period, with the red card proving costly as Dovbyk stooped to head home a late, late winner and book Ukraine a quarter-final clash with England in Rome.

Former Chelsea striker and current Ukraine manager Shevchenko has spoken on the task facing his side against and England team through to the quarter-finals after beating Germany, and says there will be no fear from his side despite their respect for the Three Lions.

“England are a great team, they have a deep bench, an outstanding coaching staff and we are fully aware how tough this game is going to be,” Shevchenko told a news conference.

“I saw all their three group matches, not today’s win over Germany because we had to prepare for our own game with Sweden. They are incredibly difficult to score against but their strength shouldn’t scare us.

“It should motivate us because everything is possible in football as in life and we will play our hearts out to give our fans even more to cheer about.”