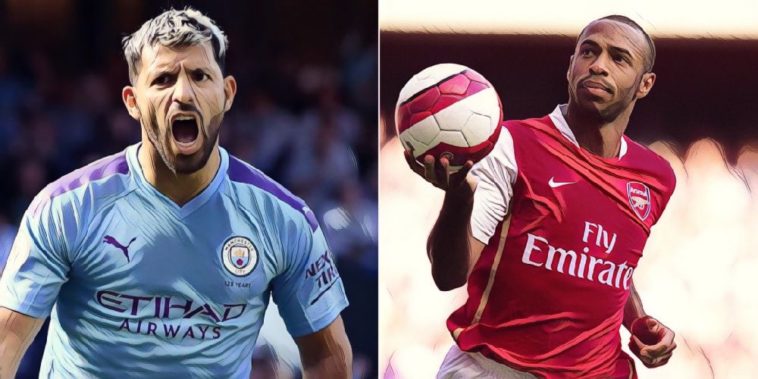 Alan Shearer has argued the case for Manchester City star Sergio Aguero being better than Premier League legend Thierry Henry in a debate over the league’s finest forwards of all-time.

Shearer, Gary Lineker and Ian Wright deliberated over the greatest goalscorers the Premier League has seen, with the trio split over their placing of Aguero and former Arsenal great Henry in their respective top tens.

Henry is often regarded as the finest footballer in Premier League history but the Frenchman ranked only third on Shearer’s list, behind himself – the league’s all-time record goalscorer – and current Man City talisman Aguero.

Aguero recently overhauled Henry as the highest-scoring foreign player in Premier League history and moved up to fourth in the overall rankings, whilst he also eclipsed Shearer’s own landmark for the most ever hat-tricks in the division’s history, Aguero hitting his 12th top-flight treble in January.

Shearer was full of praise for the Argentina international’s impact since arriving in English football nine years ago, and gave his reasoning for placing Aguero ahead of Henry in his rankings.

“Aguero is now coming up to his 32nd birthday and he’s still banging in the goals left, right and centre,” Shearer told Match of the Day Podcast.

“I know he’s playing in a magnificent team but 180-odd goals, 260 appearances and look what he’s won also.

“I love both of them, Thierry was different. The role now as a forward has slightly changed.

“There’s not so many centre-forwards now, it’s a forward but the one constant is you have to score goals and both of them are not only great goalscorers but scorers of great goals.”

Gundogan happy for Liverpool to be handed the title