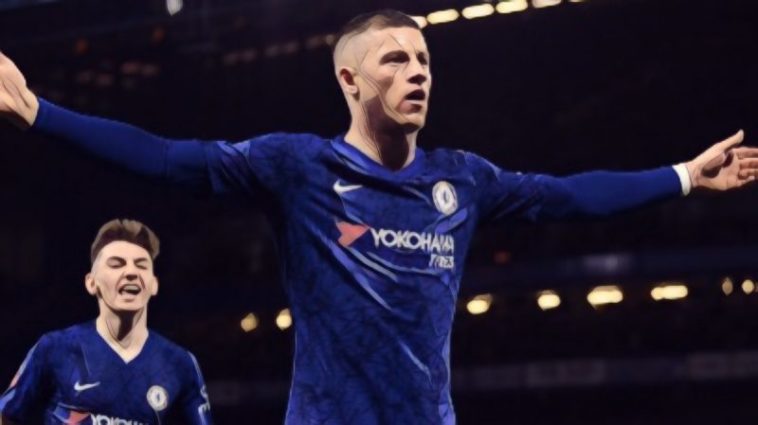 Chelsea manager Frank Lampard was beaming after seeing his Chelsea side convincingly beat Liverpool 2-0 tonight at Stamford Bridge to progress to the sixth round of the FA Cup.

Jurgen Klopp selected back up ‘keeper Adrian ahead of regular number one, Alisson, and the Spanish ‘keeper would make his presence known early on, brilliantly applying a rock solid right hand to prevent a thunderous Willian strike flying into the net.

However, almost immediately afterwards Adrian would drop a clanger, getting his handling all wrong from a routine Willian strike from the edge of the area, and the Blues found themselves one up after 13 minutes.

In what was a hugely entertaining first 45 minutes played out between two teams intent on playing high-energy, attacking football, Chelsea would go in at the break ahead, although Frank Lampard had under-fire ‘keeper Kepa Arrizabalaga to thank, the 25-year-old making a superb treble save to prevent Liverpool equalising.

Chelsea seemed to grow in confidence during the second period, the Blues’ high-press causing the league leaders all sorts of problems, with the hugely impressive 18-year-old midfielder Billy Gilmour pulling the strings in the midfield.

That first half performance from Billy Gilmour 😍

Lampard’s side would deservedly go further ahead in the 64th minute through Ross Barkley, the England international bursting forward unopposed and smashing home from the edge of the area.

Liverpool boss Klopp would call on the big guns with Roberto Firmino and Mohamed Salah coming off the bench, but it would be Chelsea who looked the more likely to score, Mason Mount and Olivier Giroud both seeing efforts strike the crossbar.

Speaking afterwards, Lampard was impressed with his sides ‘special’ quality.

”I’m really proud,” Lampard told BBC Sport. ”Liverpool are the best team in the league and what they are doing is incredible.

”So for us to put in a performance like that, the effort, the quality was something special.

”We know we’ve got a long way to go but you have to celebrate those moments.”

18-year-old Scottish midfielder Gilmour put in a superb man of the match display and Lampard admitted the youngster’s performance was ‘incredible.’

“What an incredible performance for a young player. He was a calm head in that first five or 10 minutes,” Lampard added.

”He’s a throwback of a midfielder. Can you put your foot in? Yes. Can you make angles to play the passes? Yes. He’s only slight in stature but he’s huge in personality.

”He deserves people to talk about him after a performance like that.”