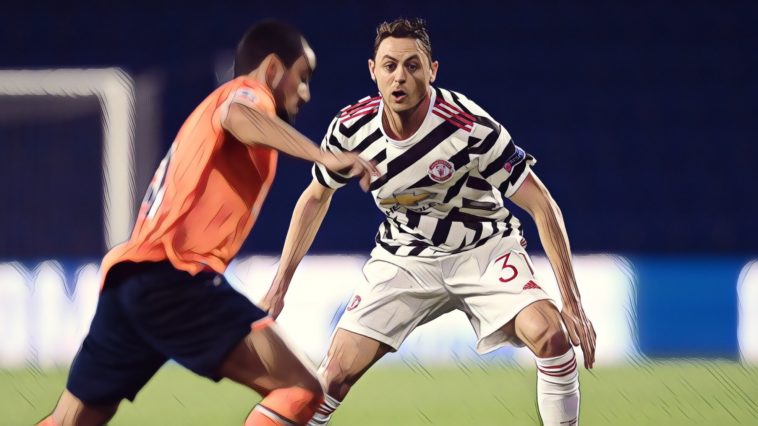 Paul Scholes has blasted Manchester United’s ‘laughable’ defending in their defeat at Istanbul Basaksehir and has questioned three people following the conceding of a calamitous opening goal.

United’s perfect record in this season’s Champions League was ended in embarrassing fashion following a defeat to the tournament debutants in Istanbul, who had failed to score or register a single point in their opening two fixtures.

The Turkish champions were handed a dream start as former Newcastle and Chelsea forward Demba Ba raced through on goal to fire past Dean Henderson, the veteran having been comically left unmarked to run clear from the half-way line and open the scoring.

Edin Visca doubled the host’s advantage before Anthony Martial headed in to reduce the deficit before the interval, though United failed to find a way past the hosts in the second half as Basaksehir claimed a first win in the competition.

Scholes has blasted his former side’s defending for Ba’s opener and has described the goal as ‘laughable’, questioning the roles of Dean Henderson and Nemanja Matic – alongside coach Mike Phelan – in allowing the unmarked Senegalese striker a clear run on goal.

“Normally before a game you have your set pieces, you’ll have your man who should be back on the halfway line for corners. They’ve got nobody within 20 yards of their centre-forward.

“We did see on the video Mike Phelan was trying to organise, trying to get people there. It just didn’t happen.

“Dean Henderson, he should be able to see that as well.

“Matic, a man of his experience, you’re telling me he can’t see that man 20 yards behind him? Why would you leave him when Matic can’t run anyway?

“He’s got 20 yards to make up on him. There’s no way, never in a million years is he going to get there.”