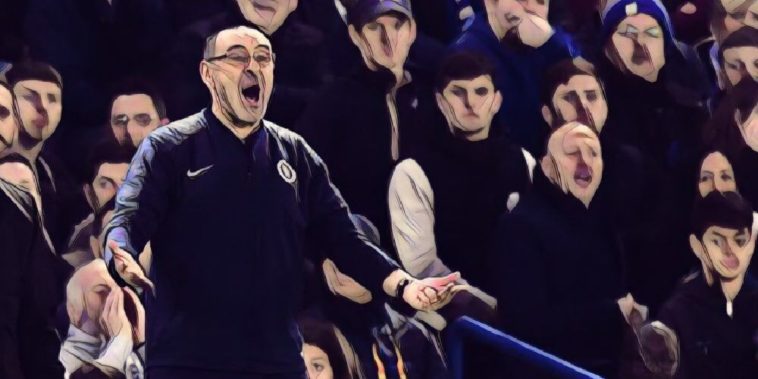 Maurizio Sarri has said his side got themselves into trouble in the Europa League semi-final second-leg against Eintracht Frankfurt on Thursday night.

After the 1-1 draw over in Germany last week, Ruben Loftus-Cheek gave Chelsea the lead just before the half-hour mark, only to see the highly sought after striker Luka Jovic level the scores shortly after the half-time interval.

The teams couldn’t be separated in 90 minutes, nor could anyone find the net in the additional 30 minutes of extra time, meaning that a place in the Europa League final would be decided by a penalty shootout.

However, speaking after the game, Maurizio Sarri said that Frankfurt’s equaliser came in ’10 minutes of panic’ after his side got themselves into trouble.

“I think we played a very good first half and then we got into trouble after the break. We conceded a goal in 10 minutes of panic,” Sarri told BT Sport.

“We were better in the last part of the match but we were tired in extra time and it was difficult.

“We started with three injuries and picked up two more during the match after we lost Andreas Christensen and Ruben Loftus-Cheek, so it wasn’t easy but we are now in the final.”

See also: Five of the best all Premier League games in Europe