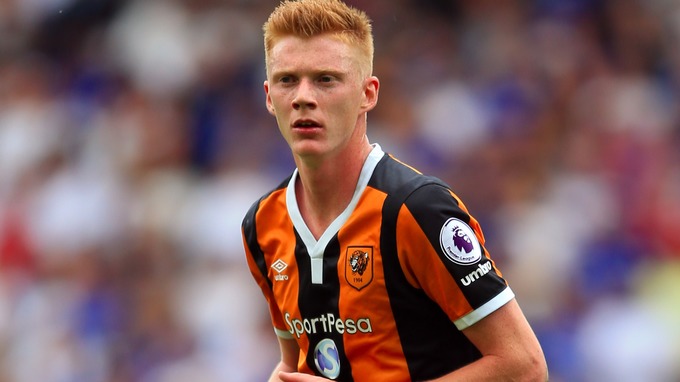 Whilst it is unlikely that he will ever receive a Premier League Winners’ medal, Hull City midfielder Sam Clucas’s rise in football is just as remarkable as the fairy-tale rise of Jamie Vardy.

Hull City midfielder Sam Clucas has found himself in a prominent role in the heart of midfield in the Tigers’ revival under Marco Silva.

The midfielder has been remarkably consistent in this unfamiliar central role this year, resulting in him being many fans’ player of the season, despite players such as Kamil Grosicki, Lazar Markovic and Harry Maguire stealing the headlines.

Just eight years ago, Clucas was working in Debenhams’, having just been released by Leicester City at the age of 16. The reason for his exit: being deemed too small.

He then proceeded to have many trials with various clubs, being told the same each time: it wasn’t his ability holding him back, it was his height. He almost gave up football for good, at the height of 5”6 no clubs deemed him fit for a professional contract.

Clucas was released by Leicester despite being the top scorer for four years in a row, leading him to believe that there was nothing he could do to earn a contract.

Now 6’2’’, Clucas is making these clubs that previously rejected him wish that they could turn back time.

In March, Clucas scored for Hull City in an eventual 3-1 defeat to the club that nearly made him give up on football, Leicester City. Not only was this his first goal of the Premier League, it created a remarkable record. He has scored in the National League, League 2, League 1, the Championship and the Premier League all in 5 years.

However, this achievement was tainted by the Leicester defeat, and Clucas stated after the game, “I’d rather I hadn’t scored and we’d gone on to win the game to be honest.”

Clucas has since added to his Premier League tally; a wonderful volley from the edge of the box against Watford in a brilliant 2-0 City victory, despite playing with 10 men for most of the match.

He spent most of his youth teenage years at Leicester, from the age of 10 until his release at 16. He then endured a short time in the Central Midlands Football League playing for Nettleham towards the end of the 2008/09 season.

After studying at Lincoln College, he signed for Lincoln after a successful trial period, for the 2009/10 season. The manager at the time, Peter Jackson, painted him as a “real find.” However, the stay at his boyhood club did not go to plan, with him being placed on the transfer list before being released at the end of the same season.

Without a club, Clucas was given a two-year scholarship at the Glenn Hoddle academy in Southern Spain. Clucas attributes many of his qualities to his time at the academy saying, “Glenn helped get my career back on track after I’d had a couple of big disappointments and I’ll always be grateful for that.”

Clucas has been arguably the academy’s greatest success along with Scotland international Ikechi Anya. After this, he signed for Hereford United after a successful trial period. He then signed for Mansfield Town in the summer of 2013 for £20,000 and a 15% sell on clause. He played 43 times for the Stags, scoring 8 goals in a successful season.

On deadline day 2014, Clucas made the switch from Mansfield to Chesterfield for an undisclosed fee. He enjoyed a relatively fruitful spell at the Proact Stadium scoring 9 times in 41 appearances. Despite missing out on promotion he was Championship-bound.

Steve Bruce, Hull City boss at the time, snapped up the Englishman for a fee believed to be around £1.3 million. He had an immediate impact; scoring on his debut in a 2-0 victory against Huddersfield.

Since then, Clucas has proven that he was a bargain for such a low price, playing 78 times and rumoured to be nearing an England call up.

Gareth Southgate was recently spotted at The KCOM stadium to see the young English talent that Hull City possess in Harry Maguire and Sam Clucas.

Does Clucas deserve a chance playing at a higher level? How far can he go in the game? Leave us a comment below.