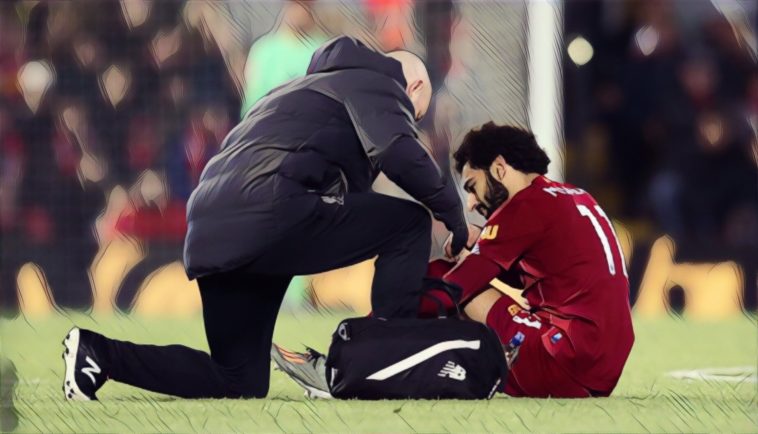 Jurgen Klopp has provided an injury update on several of his Liverpool stars ahead of this weekend’s trip to face Crystal Palace at Selhurst Park.

Mohamed Salah and Andy Robertson have emerged as major doubts for the clash with Roy Hodgson’s side, with both players having withdrawn from international duty over the past week with respective ankle injuries.

Reports emerged that the star duo would miss this weekend’s encounter, though Klopp has revealed a late decision will made with Salah having taken part in yesterday’s training.

Speaking on Salah’s injury, Klopp said: “Yesterday he trained. He has been training the things we want him to do. It’s not that he has got worse, it’s just that it (the injury) is there still.

“We have to be sensible. I have to see the session today before I make a decision.”

Virgil van Dijk was also a doubt, though Klopp confirmed that the Dutch defender is fit to feature. Late calls will be made on both Robertson and Joel Matip, however, the latter recovering from a knee injury that has seen him miss the past six fixtures.

“Virgil van Dijk is 100 per cent available. It’s that time of the year when players can pull of the squad overnight unfortunately with some other things with feeling sick. On the others I cannot say 100 percent.

“Today’s a very important session, especially for the players that came back late. Fabinho, Roberto Firmino and Alisson played on Tuesday, so did Wijnaldum.

“We need to have a look at how they react and what makes sense for them. It is always like this the first game after the international break- we have to wait pretty much until the last second before making decisions.

“Nobody came back with a serious injury.”

Liverpool head to Crystal Palace looking to maintain their advantage at the top of the division. The club’s win over Manchester City ahead of the international break extended their lead to eight points following an unbeaten start to the campaign.