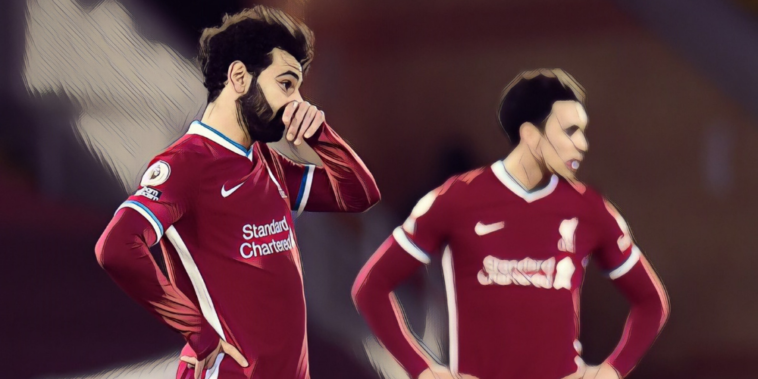 Liverpool star man Mohamed Salah has revealed that there has been no contract from the club about a new deal, amid continued speculation regarding the forward’s future at Anfield.

After reviving his career in Italy following a disappointing spell with Chelsea, the Egyptian international was brought back to the Premier League by the Reds in 2017, going on to play a crucial role in the club’s rise back to the top of English and European football.

In just four seasons on Merseyside, the 28-year-old has already netted 93 top-flight goals and holds the record for the most goals scored in a 38-game season after netting 32 in his debut campaign with Jurgen Klopp’s side, while he also recently became the first Liverpool player to reach 20+ goals in three different Premier League campaigns.

Such prolific performances have been integral to the club’s success in recent seasons, with Salah a key part of their Champions League triumph in 2019, as well as the rampant title victory last term.

While the current campaign has been deeply underwhelming for the reigning champions, the former Roma man has been at his usual lethal best, having hit 20 league goals already this season, with only Tottenham’s Harry Kane having hit more in the top tier.

Despite his iconic status at the club, the wideman faces a somewhat uncertain future and has been persistently linked with the likes of Barcelona and Real Madrid.

Salah has previously stated he is ‘100% committed’ to the Anfield club, and told Spanish publication AS back in December that his ‘future is in Liverpool’s hands.’

Despite that, however, Salah has revealed that he has had no contact from anyone at Liverpool about the possibility of a new deal.

“No one is talking to me about that, so I can’t say much about that,” he told Sky Sports.

“No one in the club is talking to me about anything so I do not know.”

The forward currently has just two years remaining on his existing contract, with that deal set to expire in the summer of 2023.

Klopp says PL will be even ‘harder’ for Liverpool next season