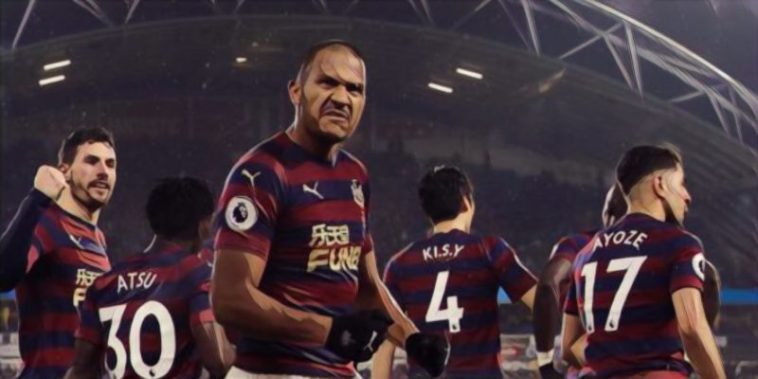 After a horrendous start to their season, which saw them slumped in the bottom three in late October, Newcastle have finally begun to click and pick up vital points.

Doom and gloom has been the order of the day at St James’s Park for many a year now. Despite the large cloud over their club, most fans were unanimous in their belief that Rafa Benitez was their one hope for survival in 18/19. However, in recent weeks as their form has picked up, another spring of optimism has emerged.

Salomon Rondon’s form has been excellent in recent weeks. He’s shown real promise that he could lead Newcastle’s line with the Premier League quality they so desperately need. If they are to stave off relegation this campaign, Rondon will be crucial for them.

The Venezuelan forward is never going to be the most fashionable name in the league. Three years with West Brom, were proceeded by years at clubs on the periphery of success.

He was often a player linked with a big move, but ultimately one never came and his eventual arrival at the Baggies in 2015 was probably the appropriate move for a player of his quality. However, he did a lot of good work in The Midlands for a club that always had to be wary of the drop.

It’s always hard to judge a player’s goal-scoring record for clubs from mid-table down. The chances and quality of service takes a noticeable dip and forwards have less to feed on. In fairness to Rondon, whilst never being prolific he did enough to help keep his side afloat in the Premier League for a few seasons.  He has the quality to survive at a decent level in the top flight, and this is what Newcastle and Benitez must now focus on as they look to avoid the drop.

Key to staying up is having someone who can put the ball in the back of the net on a regular basis. Huddersfield, Crystal Palace, Southampton and Newcastle have all struggled this season with goals and their lowly league positions are proof enough of their famine of options upfront.

Rondon has had his injury problems, but has come back in to fold recently looking trim, lean and up for the challenge of leading the line for the biggest club he has played for. A player of his ability could thrive in Rafa’s direct, counter-attacking style. Add in the growing endearment with the Newcastle fans and there is plenty of scope to see the Venezuelan shine on Tyneside.

He has chipped in with four goals in his last six outings for Newcastle and has two assists to his name as well. Considering Newcastle have scored just fourteen times this season, these are not poor returns at all and Benitez must do everything he can to ensure the supply lines to his main striker remain open in the coming weeks.

The Magpies have won four of their last seven games; tellingly, they have picked up fourteen points since Rondon came back into the side away at Southampton in October. His impact has been huge as Newcastle have hauled themselves up to fourteenth in the league, looking far more like the side we saw finish mid-table last season.

Newcastle need ten to fifteen goals from their on-loan forward, if he can chip in with those sorts of returns, there is every chance the can finish comfortably again this season. His four strikes in the league, since his return from injury have been worth a massive seven points to Newcastle. Who knows how big that could be for the club come the end of the season.

Rondon is an experienced pro who could be the difference between a dog fight and considerable comfort for his side this season.  He will not bring them forward leaps and bounds, but if he can play his part, there will be plenty of grateful Goerdies tipping their cap to the Venezuelan come May.