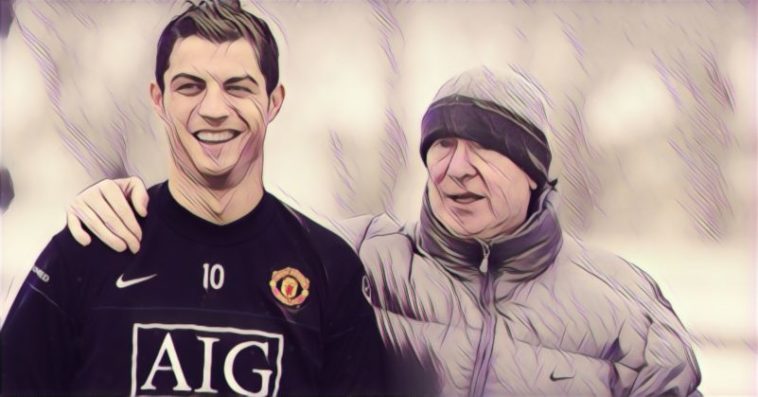 One of the major stories to come out of today’s Champions League draw was that Portuguese superstar Cristiano Ronaldo, who is now plying his trade with Italian side Juventus, will be returning to Old Trafford to face the club where he made his name, Manchester United.

Ronaldo has since gone on to cement his place as one of the greatest footballers of all-time since leaving Manchester United in 2009 for Real Madrid, with the 33-year-old now having won a record five Champions League titles and five Ballon d’Ors.

However, Ronaldo has recently revealed that things could well have been much different had it not been for the fatherly advice given to him by legendary United manager Sir Alex Ferguson.

“Of course, in the beginning of my career he was so important to me because I moved from Sporting to Manchester and I had that Portuguese mentality – too many stepovers, decision-making was not the best,” Ronaldo told DAZN.

“So he taught me how to do it. You know, in the Premier League they don’t fall over so easy, they are tough.

“As I’ve said many, many times, he taught me everything. He was like a father to me. He helped me a lot at Manchester United.”