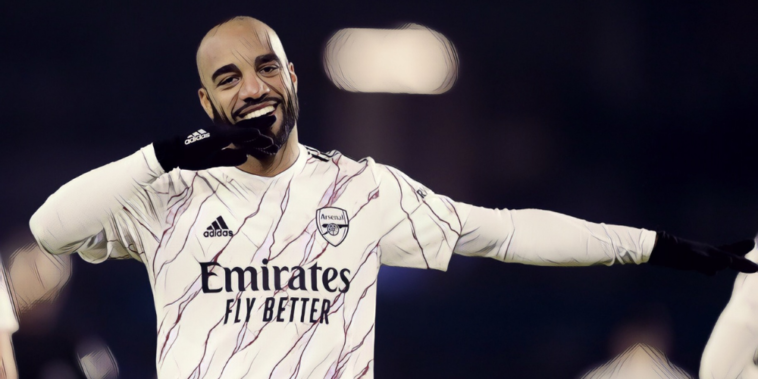 Roma are considering a move for Alexandre Lacazette as the club seek a replacement for Edin Dzeko, though a deal with Arsenal appears unlikely.

Dzeko is nearing an exit following six successful seasons in the Italian capital, with the veteran forward close to signing a two-year deal at Inter Milan.

The Bosnia international has scored 119 goals in 260 appearances since signing from Manchester City and Roma are keen to sign a high-profile forward to replace the 35-year-old this summer.

According to Gazzetta dello Sport, Lacazette is one player under consideration by Jose Mourinho, but a deal with Arsenal appears difficult with ‘relations with the Gunners are at an all time low’ following failed talks over Granit Xhaka earlier in the window.

Lacazette has entered the final year of his contract at the Emirates and could be allowed to leave, though Roma’s lack of Champions League football could also hinder their chances of signing the 30-year-old.

Icardi’s future at Paris Saint-Germain appears uncertain as talks continue to surround a move for Lionel Messi and the Argentina international could be open to a return to Italy, having enjoyed a prolific period at Inter Milan before a €50m move to France.

The 28-year-old’s price-tag and salary appears out of reach for Roma at present however, and the capital club would need the striker to compromise financially in order to seal a deal.

Read Also – 1989 vs 2012: Comparing the most iconic title finishes in English football history