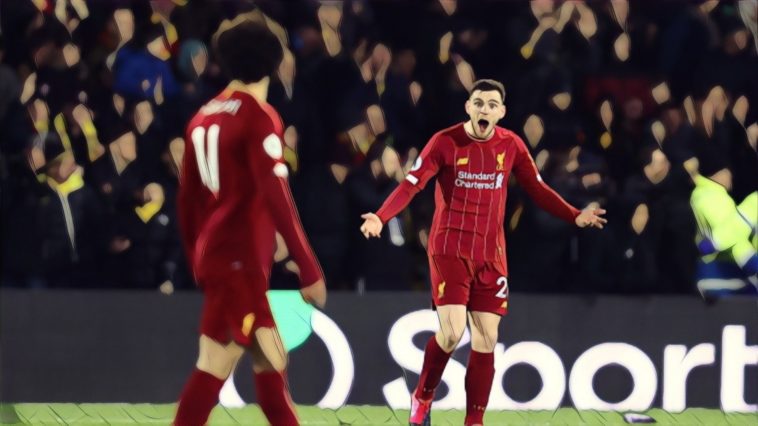 Andy Robertson has apologised following Liverpool’s embarrassment at Watford on Saturday as the Premier League leaders lost their unbeaten record at Vicarage Road.

Jurgen Klopp’s side were on the receiving end of a deserved 3-0 defeat against the struggling Hornets, Watford inflicting the first league defeat of the campaign upon the Merseyside club who saw their 44-game unbeaten stretch come to an abrupt end.

Ismaila Sarr scored twice during the second half as the hosts ran riot, before Troy Deeney sealed victory for Nigel Pearson’s side on a memorable evening for the relegation-threatened outfit.

Robertson admits Liverpool failed to replicate the standards they have set so far this season during the shock loss, and says the Reds will do their utmost to ‘bounce back’ as they bid to close in on a long-awaited league title.

“Watford were at it from the start and we took time to get going. We had a couple of good moments but nowhere near enough for this Liverpool team,” Robertson told Liverpoolfc.com.

“It’s a performance that has not been expected for a number of years by the fans and we can only apologise for this performance. It’s up to us to bounce back.

“Up to this point it has still been a fantastic season but today we weren’t at the races, we weren’t the Liverpool that everyone has watched.

“It’s up to us to now get back to that because that’s the only way we’re going to win games and get closer to our targets.”

Premier League Team of the Week for gameweek 28