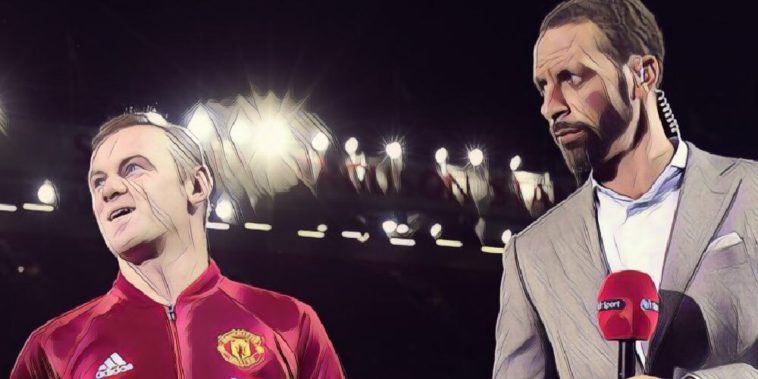 Rio Ferdinand has discussed Wayne Rooney’s credentials as a manager, with the former England captain set to take his first steps into management.

Rooney will leave MLS side DC United to return to England with Derby County in January, signing an 18-month contract at the Championship side in a player-coach role.

The 33-year-old has insisted he is primarily focussing on playing, he will also work under Derby boss Phillip Cocu, coaching the club’s first-team and academy.

Speaking about his former Manchester United teammate, Rio Ferdinand has discussed why Rooney has the potential to be a good manager.

“You don’t want to be predictable, for your players to read you so much. It keeps people on their toes. For instance, Sir Alex Ferguson would change players.

“Is it Nani this week or is it Giggsy? Is Cristiano playing through the middle or on the left? You need that in your teams. I feel Wayne will have that element to him.

“He’s not scared of sharing his opinion, which is a good thing. He can be direct. He can be hard to read sometimes. He’s still connected to the younger generation. He talks their language.

“He’s been very lucky. Not many people get to play under the managers he has, managers who have achieved so much. Ferguson, Van Gaal, Mourinho, Capello.

“Some big names who have achieved huge things at huge clubs. Over the years he will have taken elements from their coaching styles. He’s going into it with his eyes wide open.”

Wayne Rooney – 10 of the best quotes about the England legend