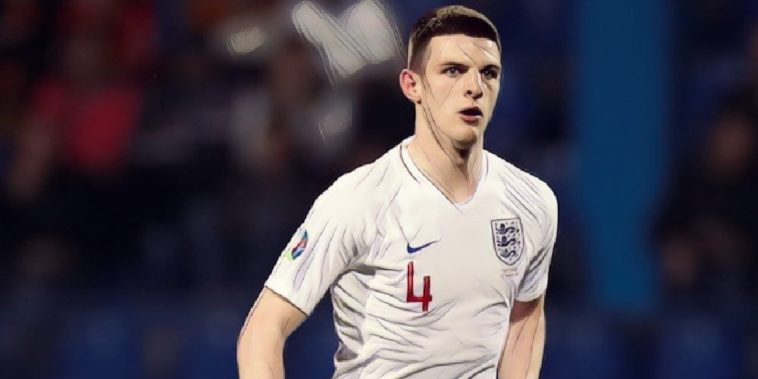 England midfielder Declan Rice has revealed he received ‘threats’ and ‘abuse’ after switching his international allegiance to the Three Lions from the Republic of Ireland.

The West Ham star represented Ireland at various age groups and earned three senior caps, though with each cap coming in friendly fixtures, FIFA rules allowed him to change his allegiances to the country of his birth.

Since pledging his future to England, Rice has earned four caps for Gareth Southgate’s side, however the 20-year-old has now revealed the decision caused him to receive online threats to himself and his family.

“I’ve had a few bad bits, I’ve had people saying they’re going to come to my house, online,” Rice said in an interview with ITV.

“I was never actually scared about it because always fans are going to be giving me abuse over it and you look at it and laugh, you think, yeah alright as if you’re going to come and do that type of thing.

“It was tough, there has been some abuse, it was more for my mum and dad really.

“They were more worried about me than anyone else, I was always quite strong minded.

“My mum obviously with me being her youngest, she was always a bit worried. Other than that, I don’t take any notice of it. I just try to keep focused.”

Rice added that more needs to be done to combat online abuse, with a number of Premier League stars including Tammy Abraham, Paul Pogba and Marcus Rashford having been subjected to racist abuse already this season: “It’s outrageous, even with the racism thing. If you look at half these people’s profiles, they’re fake. There’s someone behind it but they’re using a fake profile and they’re still getting caught out.

“We’re in 2019 and it’s happening week in week out, it’s not good enough, we need to stamp our authority better.”