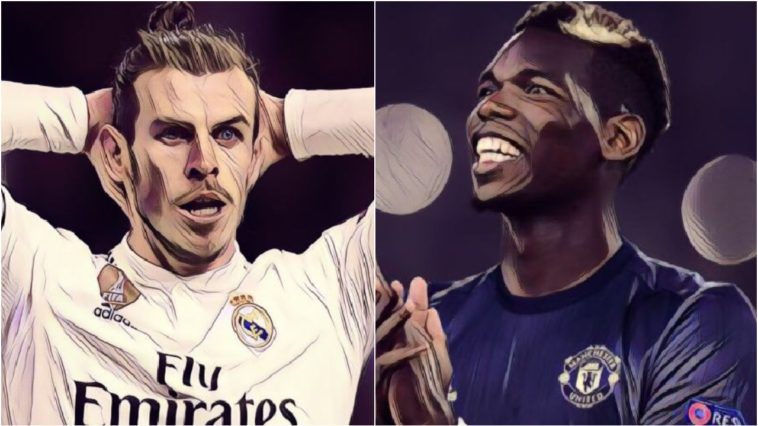 The January transfer window is now just weeks away, which for a biannual period intensifies the relentless rumours surrounding the futures of Manchester United midfielder Paul Pogba and Real Madrid star Gareth Bale.

In a classic case of putting two and two together, Manchester United are reportedly prepared to give Bale an exit from his nightmare in the Spanish capital, in a mega-money deal that could see Pogba finally get his wish to join Zinedine Zidane at the Bernabeu.

It all sounds so simple, right?

According to the Sun, Real Madrid are increasingly confident they will be able to offload the unwanted Welsh international, who came close to moving to China during the summer only to see a deal collapse.

The La Liga side are reportedly said to have been aware of interest in Bale from United then, and believe a move that will see the 30-year-old former Tottenham Hotspur player return to the Premier League at Old Trafford could be completed as early as January.

Despite Bale’s advancing age, injury record and huge £650,000-a-week wages, Madrid are confident they can use the winger as leverage in a long-awaited deal to sign Pogba, who has made no secret of his desire to move to Spain.

The France international has endured an injury-hit campaign so far and has not played for Ole Gunnar Solskjaer’s side since September, but has been a long-term target for Zidane as he looks to revamp his midfield.

United were believed to be demanding a fee of around £150m for the 26-year-old during the summer, a fee Real were unable to match following a summer of heavy spending, though the club are prepared to return for the player and use Bale in part-exchange.

More to come on this one, we feel.