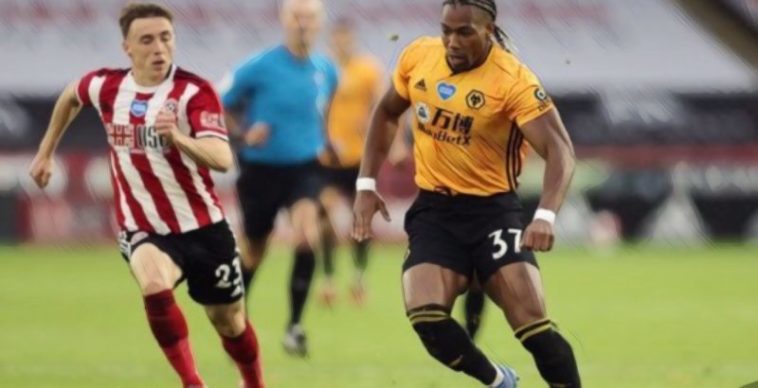 The Premier League drew to a close last weekend, bringing the curtain down on yet another memorable and wholly unprecedented campaign.

Many of the league’s most exciting attacking players enjoyed excellent individual seasons for their sides in 2019/20, and here, we take a look at the six attackers to complete the most take-ons during the 2019/20 Premier League season:

Burnley enjoyed yet another successful campaign under Sean Dyche with 20-year-old midfielder Dwight McNeil continuing his emergence as one of the club’s most exciting young talents.

The youngster always looked lively for the Clarets and was often the creative spark for the Lancashire club as they secured a commendable 10th place finish.

Blessed with wonderfully quick feet and the ability to play himself out of tight pockets of space, McNeil has become the gem on the left of Burnley’s dogmatic midfield. His tally of 77 take-ons underlines impressive levels of confidence and directness for a player featuring in just his second campaign at senior level.

The England U21 international also contributed six assists and two goals during a stand-out season and it’s no surprise that some of the big boys have reportedly shown interest in acquiring the services of one the league’s rising stars.

Southampton became one of the turnaround stories of the season after Ralph Hasenhüttl’s stoic efforts in steadying the ship saw the Saints claim 44 points from 84 available following the 9-0 drubbing at home to Leicester City in October – a defeat which had left them staring down the barrel of relegation.

Can’t wait for next season already. A great win to cap off a very good season “sInCe ThAt NiNe NiL DeFeAt” ??

Thanks for all the support, hope to see you back at St Mary’s very soon. Be safe, NR22⚡️❤️ pic.twitter.com/NfrJB2zbwY

One of their key attacking players during their impressive recovery to a mid-table finish was Nathan Redmond, the 26-year-old attacking midfielder a real live wire for Southampton, particularly during the second half of the season. The sight of the former Birmingham man galloping down either flank became a hallmark of the Saints’ turnaround as he notched four goals and four assists in 32 matches.

A bold 79 take-ons for the campaign is further proof of just how aggressive a runner Redmond can be and how much much of a handful he is for opposition defences on his day.

This season, Norwich City joined the sorry ranks of relegated clubs to have dropped out from the Premier League despite managing to play some lovely, easy-on-the-eye football over 38 games.

Argentine winger Emi Buendia is just one of the wonderfully gifted technical players within the Canaries ranks and he showcased his quality on a number of occasions at Carrow Road this term despite his side finishing dead last in the table.

A real bag of tricks on the wing, the diminutive South American is capable of wriggling past defenders with a wonderful blend of core strength, balance and dazzling footwork. His impressive tally of 102 take-ons for the season stands out for a team that really struggled to score goals with anything like the required frequency.

At least in Buendia, they possessed a talented star, who didn’t look out of the place in the top-flight, as he notched seven assists and created an impressive 83 chances in the Canaries’ doomed attempts to stave off the drop.

Speedy French wide man Allan Saint-Maximin enjoyed an exciting debut campaign for Newcastle in the Premier League this season, his pace and skill from out wide becoming a real nightmare for defenders up and down the country.

The 23-year-old may be inconsistent at times, but his direct running and ability to dribble at great speed made him a real asset for Steve Bruce’s side. A total of 121 take-ons shows the French youngster is not afraid of utilising his lightning pace on the counter for the Magpies.

A stand-out performance away at Bournemouth after the restart saw the winger involved in virtually every attack for Newcastle, registering a hat-trick of assists for his teammates as the home side simply could not contain him.

If he can find more consistency and end product next season, Newcastle will have a real star at their disposal and one who is likely to go down well with the Tyneside club’s ardent fan base.

Ivorian forward Wilfried Zaha has been at the fulcrum of Crystal Palace’s attacking options for many a season, with his pace, athleticism and dribbling ability making him a real nightmare for defenders.

While he did not quite hit his unplayable best form for the Eagles this season, his take-on figure of 163 in 38 matches perfectly demonstrates Zaha’s threat either from out wide or leading the line for the South London club. For a side that is not overly creative and relies on a watertight back four, Zaha is a precious lifeline on the counter-attack and remains one of the most feared speed merchants in the league.

However, a contribution of just four goals and three assists this season is a stark drop off from the year before when he managed a total of 15 overall goal involvements.

Reported to have played his final game for Palace as he pushes for a move away; Zaha may finally get the chance he craves to impress at a club with loftier ambitions in the coming seasons. His pace, skill and power would be a welcome asset to many a club in the top-flight.

One of the stand out performers in the league this season, Wolverhampton Wanderers’ Adama Traore is the undisputed take-on king of 2019/20.

While the wide man’s stocky build more resembles that of an all-star American Football running back, the 24-year-old is not at all hindered by his bulky frame. Capable of charging at terrified full-backs with pace, power, and enviable close control Traore clocked up 183 take-ons, often leaving a trail of hapless defenders in his wake.

After failed spells with Aston Villa and Middlesbrough, Traore has been a revelation for Wolves under Nuno Espirito Santo, finally adding that all-important end product to his game. The Spain youth international chipped in with nine assists and five goals as he helped Wolves to a seventh-place finish, just narrowly missing out on a Europa League spot.

Only seven players managed more assists in 2019/20 than Traore as his importance at Molineux became more pronounced as the season wore on.

The right winger has reportedly drawn the attention of some of the Premier League’s largest clubs after his exploits this season, and it is safe to say that if he carries on in this vein for much longer, he will become one of the league’s biggest stars.