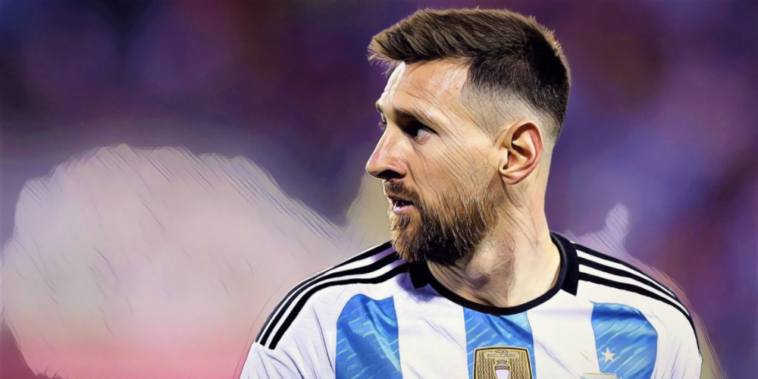 The 2022 FIFA World Cup will kick off in just over a week’s time as world football’s finest compete to be crowned champions in Qatar.

Ahead of the tournament pundits are making their predictions for who will emerge victorious, with the stage set for the game’s best talent to thrive.

So for those of you interested in online gambling click here, and then let’s look at the players who the Bookies think could dominate in Qatar.

Here are the five favourites to win the prestigious Golden Ball award.

Has Belgium’s ‘Golden Generation’ missed their chance for tournament success?

Roberto Martinez’s team finished third in 2018, but an ageing side are not among the frontrunners with the bookmakers despite securing qualification without defeat. Much of the Red Devils’ hopes will be pinned on Kevin De Bruyne, arguably the Premier League’s finest footballer and a complete midfield talent.

The 31-year-old has began the domestic season in sublime form, leading the Premier League for assists. He has 15 goal involvements in 15 starts across all competitions for Manchester City and will be tasked with providing the creative inspiration for Belgium in Qatar.

The 2022 World Cup provides potentially the last chance at success for a number of star names, with Neymar set to be the figurehead of Brazil’s challenge.

The five-time winners arrive in Qatar as favourites, following a qualification period that saw Brazil remain unbeaten across 17 fixtures, in which the Selecao scored 40 goals and conceded just five.

Neymar is unstoppable this season 🕺

Brazil are FIFA’s number-one ranked nation heading into the tournament and are looking to win the World Cup for the first time since 2002. Vinicius Junior and Arsenal duo Gabriel Jesus and Gabriel Martinelli form part of an exciting attack, one headlined by Neymar.

The Paris Saint-Germain superstar has had an electric start to the season, with 11 goals and nine assists in just 13 league appearances. He is now just two goals behind Pele’s all-time goal record for the national side and could pass Brazil’s most revered icon in Qatar.

Karim Benzema will look to end a phenomenal year with World Cup success, with the Real Madrid forward part of the France team looking to defend their title.

Benzema missed out on France’s success at the 2018 World Cup due to a six-year international exile, but has since returned to the fold in spectacular form. He has scored ten goals in 16 appearances for Les Bleus since returning to the squad and arrives in Qatar as the reigning Ballon d’Or winner.

Ballon d'Or winner Karim Benzema is BACK in a France World Cup squad for the first time in eight years 🇫🇷 pic.twitter.com/uKLy9bdVPs

The 34-year-old inspired Real Madrid to Champions League and La Liga success in 2021/22, following a season in which he scored 44 goals in just 46 appearances. He scored ten goals in the Champions League’s knockout rounds alone and is a player capable of delivering big moments in big matches.

Lionel Messi has confirmed this will be his final World Cup and Argentina arrive into the tournament with confidence.

Unbeaten since the 2019 Copa America semi-finals, La Albiceleste can set a new international record for games unbeaten during the World Cup’s group stage. Crucially, Lionel Scaloni has found a system that brings the best from Messi, who has ten goals in just six appearances for the national side in 2022.

The seven-time Ballon d’Or winner has been in sparkling form for Paris Saint-Germain this season, with 25 goal involvements in 17 Ligue 1 and Champions League appearances.

It's hard to believe that after Erling Haaland's ridiculous start to the season, 35-year-old Lionel Messi still has more goal contributions than him 🤯🐐 pic.twitter.com/6cCknL4ANd

Kylian Mbappe is level with club teammate Messi as the 10/1 favourite to win the Golden Ball.

The Frenchman was named as the tournament’s Best Young Player after Les Bleus were crowned World Cup winners in Russia four years ago, where he became the first teenager to score in the final since Pele in 1958.

Mbappe has since evolved into one of world football’s finest forwards, having finished as Ligue 1’s leading scorer in four consecutive campaigns at Paris Saint-Germain.

No side has defended the trophy since 1962, but France will arrive in Qatar with arguably the most talented squad in the tournament. Mbappe will be central to their chances of success.