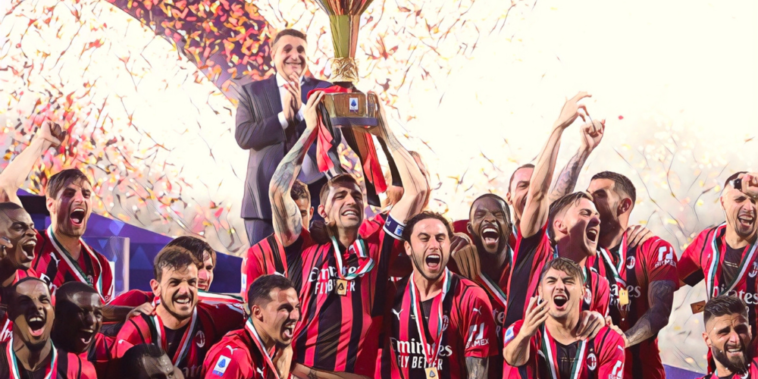 Italian football is arguably Europe’s most competitive major league at present and the 2022/23 season looks set to be another open race for the title.

AC Milan ended their 11-year wait for the Scudetto last season, edging out defending champions Inter Milan who had ended Juventus’ stranglehold on the division the previous season.

Could we see a multiple-team title race next season? We’ve decided to look at how the bookmakers assess each side’s chances, and if you decide to profit on that by making a bet don’t forget to use bonuses, like the ones provided on this page https://bookmaker-ratings.net.za/bonusy-bukmeker/betway/. Let’s get to the five favourites to win the 2022/23 Serie A title.

Roma will be hoping to build on silverware success last season, after the capital club won their first European trophy after being crowned winners of the inaugural Europa Conference League.

The win ended Jose Mourinho’s first season in charge in positive fashion, with the club’s domestic form having seen Roma finish sixth to miss out on Champions League qualification for a fourth straight season.

It’s been more than two decades since Roma were last crowned champions, winning the Scudetto under the management of Fabio Capello in 2000/01.

Frank Lampard is the only midfielder that has played more games for the Special One. 😮 pic.twitter.com/Y6hpZqFbVo

Mourinho has began his summer of recruitment with the arrival of Nemanja Matic on a free transfer, whilst a deal is also understood to be close for Lille right-back Zeki Celik.

Roma’s chances could hinge on the performances of Tammy Abraham after an outstanding first season at the Stadio Olimpico last term. The England international scored 27 goals in all competitions, setting a new record for the highest scoring debut season in Roma’s history.

Napoli will once again hope to challenge the northern powerhouse of Italian football this term, having finished the season third in 2021/22

Luciano Spalletti’s side began the season in blistering form with 10 wins and a draw from their opening 11 games, but were unable to maintain those levels across the course of the campaign to finish seven points behind champions Milan.

Victor Osimhen will be key to the club’s chances after being named as Serie A’s best u23 player last season, with the Nigeria international having scored 18 goals across all competitions.

🎯 Three of our most stunning volleys… Which is your favourite?

Napoli – who have not won Serie A since the club’s golden era featuring Diego Maradona – have finished inside the top three five times in the past seven seasons and will be cautiously optimistic ahead of what promises to be an open campaign.

AC Milan ended their wait for a Serie A title last season, with the Rossoneri crowned champions for the first time since the 2010/11 season.

Mike Maignan proved a fine replacement for the departed Gianluigi Donnarumma and was named as Serie A’s Best Goalkeeper after keeping a league-leading 17 clean sheets.

Milan won eight of their final ten games, drawing twice, to clinch the title, conceding just two goals in the process and their tight defence will be crucial to their chances again next season.

Elsewhere, Rafael Leao reached new levels to win the division’s Most Valuable Player award, whilst Theo Hernandez has evolved into one of world football’s best left-backs since signing for Milan.

The challenge now for Milan – outsiders at this stage last season – will be to defend their title, with both Inter Milan and Juventus expected to regroup and strengthen this summer.

Juventus failed to markedly improve following the return of Max Allegri as manager, ending the campaign in fourth for a second successive season.

After a run of nine straight title successes it has been a fall from grace for the record 36-time champions, who will want to bounce back next season.

Juventus will hope for a strong season from Dusan Vlahovic, who scored seven goals in 15 games after arriving from Fiorentina in a big-money January deal. The 22-year-old ended the season with 24 league goals, finishing behind Ciro Immobile in the race for the Capocannoniere.

The Bianconeri are also expected to seal the return of Paul Pogba on a free transfer, six seasons after the midfielder departed for Manchester United in a then-world record £89m deal.

The France international won four consecutive titles during his first spell in Turin and will hope to rediscover the form that saw him excel under Allegri.

The Nerazzurri will be keen to respond and have already been linked with several notable names during the summer window, with free agent Paulo Dybala and Romelu Lukaku understood to be of interest.

🎙️ "A unique team, united with fans in our desire to win more trophies." President Steven Zhang reflects and looks ahead to the future ⚫🔵 pic.twitter.com/sr8qED5V9w

Lukaku starred during the club’s title success in 2020/21 and is keen to return to Italy after a disappointing debut season at Chelsea, having scored 64 goals in 95 appearances during a two-season spell at the San Siro.

Adding both Lukaku and Dybala could provide Inter with a forward line that will take some stopping in Serie A next season.