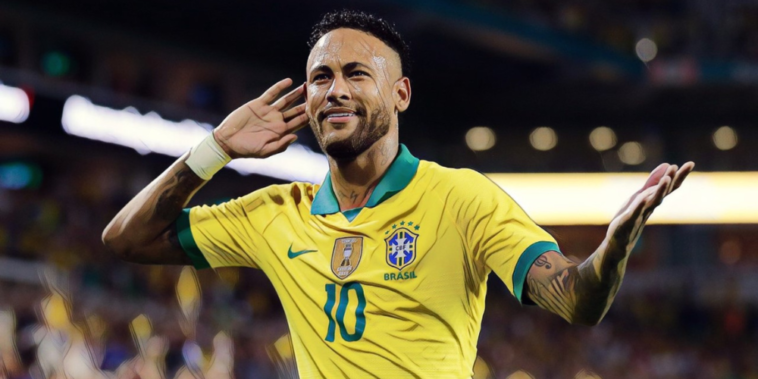 World football’s finest forwards will take to the stage in Qatar as the FIFA World Cup heads to the Middle East this winter.

Qatar 2022 will provide a unique spectacle with the mid-season staging of football’s biggest event, as the planet’s best international teams compete to be crowned world champions.

So for those of you interested in the latest FIFA world cup betting odds from 10CRIC, we look at the favourites to finish as the leading scorer and win the prestigious Golden Boot.

The most prolific goalscorer in international football history will lead Portugal’s challenge in Qatar, with Cristiano Ronaldo set to feature in his fifth World Cup.

Just four players have ever previously achieved the feat, while Ronaldo can become the first man to score in five World Cups should he find the scoresheet in Qatar.

Ronaldo – who finished as the joint-leading goalscorer at Euro 2020 – has had a difficult start to the season. Out of favour at Manchester United after agitating for a summer move, a goal off the bench against Everton last weekend could earn the 37-year-old a more regular role.

He remains crucial to Portugal, having scored 15 goals in his past 21 appearances for the national side.

Lionel Messi is also priced at 14/1 to win the Golden Boot.

Argentina head into the tournament in fine form, having not lost an international fixture since 2019. The South American’s success at the Copa America last summer ended a 28-year wait for a major honour and La Albiceleste can break Italy’s all-time record (37) for the longest unbeaten international run during the group stages in Qatar, with their current sequence at 35 matches without defeat.

Messi has been in brilliant form for the national side in 2022, with nine goals in just six appearances across all competitions. He has 90 goals for Argentina and is closing in on joining Ali Daei and Cristiano Ronaldo in international football’s exclusive 100 club.

🐐Lionel Messi in his first 15 games for both PSG & Argentina this season;

The 35-year-old looks set to enter what will be his final chance at World Cup success in strong form after an excellent start to the season at PSG. He has seven goals and eight assists in 12 Ligue 1 and Champions League appearances.

The Real Madrid forward enjoyed the best season of his career in 2021/22, as he scored 44 goals in all competitions to fire the Spaniards to La Liga and Champions League success.

Benzema is the favourite to win the Ballon d’Or and a strong tournament in Qatar will enhance his claim. Having missed France’s success in Russia due to an international exile, he has since scored 10 goals in 14 caps for Les Bleus since returning to the fold.

Brazil will arrive in Qatar as favourites to win the World Cup, following a near-flawless qualification campaign in South America.

Tite’s side navigated the qualification process in unbeaten fashion and conceded just five goals across their 17 fixtures. Brazil are perennial contenders for World Cup success and possess the strength and depth to go far this winter.

Neymar – who finished as the second-highest scorer during South America’s qualifiers with eight goals – will lead Brazil’s challenge and is closing in on becoming the Selecao’s record goalscorer. He has 75 goals from 121 caps and needs just three more to eclipse the iconic Pele.

Neymar is only 2️⃣ goals behind Pelé's all-time scoring record for Brazil:

Will he break the record in Qatar? 🤔 pic.twitter.com/ZkjNtgBbbv

He will also arrive at the World Cup in fine form following a scintillating spell at PSG. The 30-year-old leads Ligue 1’s goalscoring charts, alongside teammate Kylian Mbappe and Terem Moffi, and has eight goals and seven assists from ten league appearances.

Kylian Mbappe is the second-favourite to win the FIFA World Cup Golden Boot, as he looks to add the accolade to the Best Young Player award he won in 2018.

Mbappe starred during France’s success in Russia four years ago and has evolved into one of world football’s most influential talents since that triumph.

He has finished as Ligue 1’s leading scorer in four consecutive campaigns and now has 28 goals in 59 appearances for Les Bleus at international level. Didier Deschamps’ squad is packed full of talent, but the forward line of Mbappe and Karim Benzema will hold the key to their hopes.

Harry Kane won the award as the leading scorer in Russia four years ago and the England captain is favourite to make it back-to-back accolades (7/1).

Kane will overtake Wayne Rooney as England’s all-time record goalscorer should he net three or more goals in Qatar, as he looks to make history and become the first footballer to win multiple World Cup Golden Boots.

The 29-year-old has been prolific since making his debut for the Three Lions and has 51 goals in just 75 appearances for the national side, including 16 in 16 games in 2021.

However, England have struggled for goals in recent fixtures and Kane’s performances could dictate whether Gareth Southgate’s side reach the latter stages.

Read – Ranking the five favourites to win Serie A this season