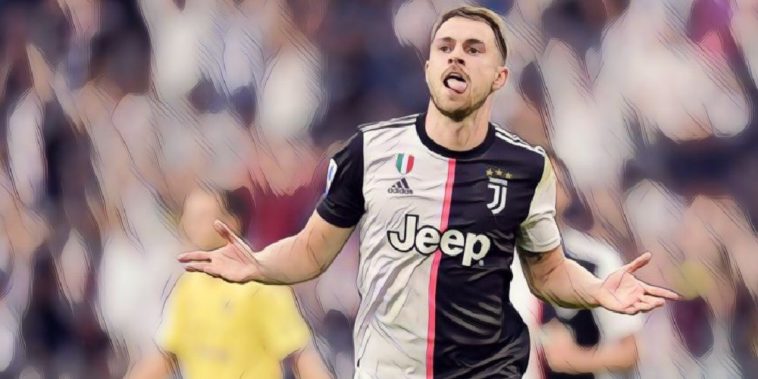 Aaron Ramsey has explained the differences between Serie A and the Premier League as the midfielder continues to adapt to life at Juventus.

The Welsh international spent over a decade at Arsenal before leaving the club last summer, opting for a new challenge after signing a bumper deal with Italian champions Juventus.

Ramsey’s debut campaign in Turin has been mixed as he’s adapted to a new country and culture, and the 29-year-old has opened up on the increased tactical emphasis in Serie A and the thorough approach of Bianconeri boss Maurizio Sarri.

“It’s different from what I’m used to,” he told The Athletic. “Even though last season Unai Emery was going through a lot of things on pictures as well for tactical reasons, Sarri does like to go over things very thoroughly.

“Tactics here, especially in Italy, are such a big thing. Most days, we’ll be doing some sort of tactical work in preparation for the next game.”

“The Premier League is more end-to-end,” Ramsey added. “There’s a bit more freedom to attack and probably more spaces to exploit there. Whereas over here a lot of teams, especially against the bigger sides, drop a lot deeper into a low block and encourage you to come and break them down.

“You have to be a lot more patient, try to move the ball quicker in certain areas to encourage somebody slightly out of position.”

Ramsey has so far struggled to establish himself as an automatic starter in Sarri’s side – starting just nine Serie A games – but played a crucial role in the club’s most recent victory over title rivals Inter Milan, scoring one and providing another in a 2-0 victory that ensured the Old Lady remain top of the division.

The clash was played behind-closed-doors and was the club’s final fixture before the enforced suspension of the season amid the coronavirus pandemic, and Ramsey admits he was delighted to play an influential role in a hugely important three points.

“That game was massively important for us, for the fans, even though it was played in an empty stadium,” Ramsey said.

“It was a big job for us to get the three points and return to the top of the league because nobody knew what was going to happen in terms of whether the league was going to continue, if it was going to be cancelled, if the standings were going to stay as they were. So we made sure that we gave everything on the day. It was great to be involved in both goals.”