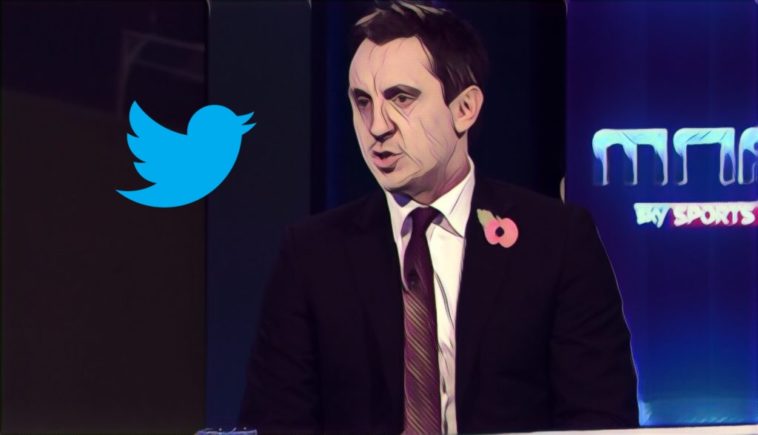 Robert Huth absolutely destroying the transfer rumour mill in one fell swoop, much like he did Premier League strikers in his heyday:

This literally couldn't be less true. Ive retired! (I just haven't done an interview and cried about it) https://t.co/tLfHslQH2q

Fulham‘s 2-1 loss to Burnley was comical enough, with the victors managing to take all three points without taking a shot on target thanks to two own goals in the space of three minutes. But it got even better later that day.

Sporting Director Tony Khan posted a thread on Twitter along the lines of “keep the faith”, to which one Cottagers fan replied, in typical Fulhamish politeness, by asking him to “leave my club please.” Khan’s response?

And thus a meme was born.

bouncer: "it's time to go home"

When it came to ‘spygate’ – the revelation that Leeds United manager Marcelo Bielsa directed an employee to spy on last weekend’s opponents Derby County – I probably could have done a post entirely of tweets about it alone. Gary Neville got in one the act, absolutely ruining Henry Winter’s sanctimonious rant. The Times’ Chief Football Writer has previously admitted to spying on England training sessions.

Jonny Sharples, meanwhile, was having a field day with the whole thing:

"Our friends had been suggesting for a long time that we visit this wonderful city. There's the famous Derby County training ground, famous not only in Europe but in the whole world." pic.twitter.com/dATusKDnOa

Disappointing that Chelsea appear to have been spying on Newcastle's training sessions and are now exploiting our main weakness; playing football.

An image says a thousand words.

Fair play to this eagle-eyed tweeter, spotting this from the same game:

And finally, we all remember this technique…