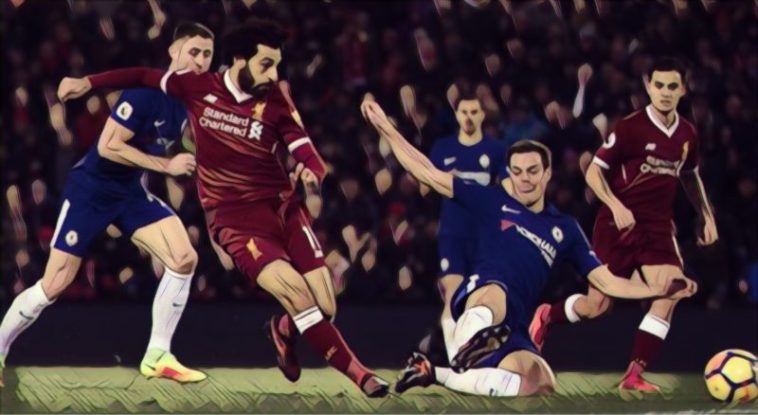 After another enthralling weekend of Premier League action, its time to pick The Football Faithful Premier League Team Of The Week. We’ve gone for an old school 4-4-2 formation this week, so let’s see who made the cut …

Spurs had 73% possession and seven shots on target, but could not find a winner in a frustrating draw on Saturday afternoon. The ex-England international made three brilliant saves to earn his side a good point, and put an end to the Baggies losing streak. More dropped points for Spurs at Wembley, and they will find it difficult now to catch Man City.

The likes of Spurs, Man Utd and Liverpool are all in need of a left-back and I am surprised that the England international has not been mentioned as a possible target. Bertrand provided the assist for the opener, and got his second assist after a lovely cross was finished off by Charlie Austin. As for Everton, they need to act fast in terms of getting a Manager in before its too late.

It was important that Arsenal followed up their win over arch rivals Spurs at the weekend against Burnley. In a hard-fought win, the Gunners won 1-0 scoring in the last minute for the second year in a row. The French international was a rock at the heart of the Arsenal defence, making eight clearances, more than any other player in the Premier League over the weekend.

Sakho scored his first goal of the season and his first in the Premier League since April 2016 this weekend. The French international scored in stoppage time to give Palace a crucial three points and to stop the teams above them pulling away further. Defensively he was sound and dealt with the threat of Crouch really well when he came on.

Left-back has been an issue for Jose Mourinho this season and it’s the position were he has made the most changes. The ex England international has taken his chance and put in some fine defensive and attacking displays since been brought into the team against Liverpool. With all the attacking options that Man Utd had on show on Saturday, Young was their biggest attacking threat. Young will claim the winning goal but it will probably go down as an OG.

Tadic got himself a goal and an assist in Southampton’s comfortable win over Everton on Sunday. The Serbian has struggled to get going this season, but has showed glimpses of his talent in his last few games. However, Everton are making everyone look good at the moment, and the Saints should be brought back down to earth at the Ethiad on Wednesday night.

Two goals in two games for Hughes. He is starting to find his feet now at Watford, and showing the potential he produced at Derby in the Championship. Worrying times for Newcastle with four defeats in a row now, and their really struggling to find goals. The January transfer window can not come quick enough for Benitez.

He got a massive slice of luck for his winning goal but he was a constant threat throughout. Got alot of abuse from the home fans all game, but over came the boo-boys with a goal and an assist. It’s 12 goals in all competitions now for the England international and he has improved so much under Gaurdiola. The Huddersfield fans provided the best atmosphere we have heard so far this season.

Back to back wins for Watford and the surprise package of the last two wins is the emergance of Dutchman, Marvin Zeegelaar. Had an excellent game last week against West Ham, and created both goals down the left-wing for both of Watford’s first-half goals on Saturday. Looks like another shrewd bit of business by Marco Silva in the transfer window.

Southampton have been really struggling for goals this season and the return of Charlie Austin couldn’t come quick enough for the Saints. Austin bagged two on Sunday, and has now had a hand 8 goals in his last eleven starts, highlighting how important he is to his team.

With Mane and Firmino on the bench, and Sturridge who usually goes missing in the big games starting, Salah needed to provide Liverpool’s attacking threat. The Egyptian scored his 10th league goal of the season, but Liverpool could just not hang on for the three points. Only criticism I had, was that he didnt celebrate his goal; he was a bit-part player at Chelsea and has played for Fiorentina and Roma over three seasons since leaving Chelsea.