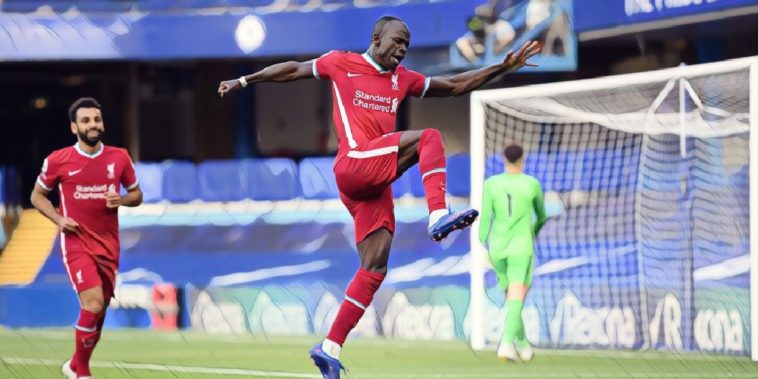 The latest round of top-flight action saw the goals flow right across the division, the 44 scored the most ever recorded in a single matchweek throughout Premier League history.

Elsewhere, Manchester City kicked off their season with a win at Wolves and Aston Villa edged a close encounter with 10-man Sheffield United on Monday night.

Emiliano Martinez decided to leave Arsenal in search of regular first-team football last week and his Aston Villa career could not have got off to a better start, the Argentine playing a crucial role as his new side began their Premier League campaign with three points against Sheffield United.

The 28-year-old was a commanding and assured presence despite limited action, but when called upon provided a reminder of why he was so sought after by Villa boss Dean Smith.

We love him already. 💜

Martinez produced a fine full length save to deny John Lundstram from the penalty spot, preserving his side’s clean sheet and providing the platform for Villa to secure a precious three points.

Tariq Lamptey was perhaps unfortunate to miss out on this side last weekend despite Brighton suffering defeat to Chelsea in their opening fixture, but another excellent showing from the teenage talent earns him our spot at right-back.

The 19-year-old was brilliant as the Seagulls secured a fine 3-0 win at Newcastle, bursting into the box to win the penalty for Neil Maupay’s opener before playing his part in the forward’s second just minutes later.

Lamptey left Chelsea during the January transfer window in search of regular opportunities and his decision has been vindicated following a strong start to life at Brighton, the teenager’s endless energy and lightening pace making him a huge asset at both ends of the pitch.

The youngster was a constant threat to the Newcastle side with his forward forays and he demonstrated a tenacity in defence despite his diminutive stature, Brighton seemingly having secured a bargain by prising the rising star from Chelsea’s productive academy for a fee of just £4 million.

The Brazilian was shoehorned into a relatively unfamiliar centre-back role given Liverpool‘s injuries and lack of depth but produced a typically domineering display, the midfielder largely untroubled despite the presence of the electric Timo Werner in the Chelsea attack.

Fabinho’s presence alongside Virgil van Dijk at the heart of the defence raised eyebrows given the Reds’ defensive struggles in their season opener against Leeds, but he more than played his part in a much-improved display in the champion’s backline at Stamford Bridge.

Fabinho for Liverpool against Chelsea:

Van Dijk hailed his auxiliary centre-back partner as the Man of the Match following a composed display, Fabinho finishing as Liverpool’s leader for tackles (four), interceptions (four) and possession gained (12).

Crystal Palace’s shock win at Manchester United featured a host of star performances for Roy Hodgson’s side including the hugely impressive Wilfried Zaha and Andros Townsend, but we’ve opted for an unsung hero in Mamadou Sakho in our Team of the Week.

The France international only returned to training last week before being thrust back into the side, where he gave an authoritative performance at centre-back to subdue the Red Devils’ attack at Old Trafford.

Anthony Martial struggled to impact the game given the dominant display of Sakho in the Eagles’ backline, the 30-year-old rarely troubled by a fluid frontline in a fine individual display.

Amongst Everton‘s most consistent players since his arrival at Goodison Park, the French full-back now seemingly has the quality around him to ease his creative burden in Carlo Ancelotti’s side.

Digne was a big part of a hugely impressive performance for the Toffees as they made their advantage count against 10-man West Bromwich Albion, providing plenty of energy down the left-flank in addition to threatening with his set-piece abilities and long throws.

🔋 | Full of energy. Full of running. Full of quality.

The arrival of a new-look solid midfield base in Allan and Abdoulaye Doucoure has given the 27-year-old an added assurance when rampaging forward, Digne earning a second successive inclusion in our Team of the Week.

Leeds recorded their first Premier League victory in 16 years following a second seven-goal thriller since sealing a return to the top flight, beating Fulham 4-3 in a battle between two newly-promoted sides.

Marcelo Bielsa’s side were largely in control of the contest but for a second-half Fulham fightback, with Poland international Klich at the heart of their good work.

One hell of a performance. 👊 #LUFC pic.twitter.com/ZMhJJssGOY

The 30-year-old calmly sent Alphonse Areola the wrong way from the penalty spot to put Leeds 2-1 ahead just before half-time, before a clever turn and pass released Patrick Bamford to double their advantage just after the interval.

Klich has now scored twice and provided an assist in two fixtures since Leeds’ promotion, the midfielder a huge part of a thoroughly entertaining side at Elland Road.

The reigning PFA Player of the Year picked up where he left off as Manchester City began the new campaign with victory at Wolves, the Belgium international outstanding once more as the heartbeat of Pep Guardiola’s side.

De Bruyne won and converted a penalty for the game’s opening goal in an all-action display for City, driving the team forwards and playing his part in later goals for Phil Foden and Gabriel Jesus.

No pre-season, no problem. 😉 pic.twitter.com/1D3dgVMlMV

Jamie Carragher described De Bruyne as ‘the best player in the Premier League’ and behind only Lionel Messi and Cristiano Ronaldo in the world game at present, an assessment that is difficult to argue with given his consistent levels of brilliance.

The 29-year-old is the key to City’s hopes of regaining the title this season and their season could hardly have began better, securing three points at a resilient Wolves side who won both league fixtures between the teams last season.

Yes, we know Sadio Mane plays almost exclusively on the left for Liverpool but the winger’s performance this weekend was too good to leave him out of our best XI of the weekend’s action.

Mane was once again a talismanic figure for the Reds as they sealed victory at Chelsea, scoring twice in addition to playing a role in the game’s turning point as Andreas Christensen was sent off on the stroke of half-time.

The Senegal international’s blend of speed and skill was a constant threat throughout at Stamford Bridge, Christensen hauling down the 28-year-old in a desperate decision as Mane raced clear on goal.

3 – Sadio Mané is only the third Liverpool player to score a @premierleague brace at Stamford Bridge, after Steve McManaman in December 1995 and Philippe Coutinho in October 2015. Integral. pic.twitter.com/dwg1CpOCRs

It proved costly as the champions took full advantage to seal three points, Mane glancing home a superb headed opener before being rewarded for his relentless pressing by forcing a mistake from Kepa Arrizabalaga to make it two.

Mane’s brace moved him into Liverpool’s all-time top 20 goalscorers, overhauling Luis Suarez after netting his 82nd and 83rd goals since moving to Merseyside four years ago.

Arguably the Premier League’s star performer over a thrilling weekend of action, Son Heung-Min was simply electric as Tottenham got their season up and running with a convincing win at Southampton.

The South Korean international dovetailed superbly with Harry Kane in attack to help himself to four goals, each assisted by the England captain in a remarkable performance of attacking play from Jose Mourinho’s side.

Son capitalised on a high defensive line from the Saints to race through time and time again, finishing clinically to seal three points for the north London side on the South Coast.

Son’s four-goal haul remarkably came from just four shots on goal as Spurs ruthlessly punished some slack Southampton defending, his performance only set to increase the excitement of the club’s supporters as they prepare to welcome former favourite, Gareth Bale, back to the Premier League.

It just wouldn’t be right having one without the other, would it?

Son’s sensational showing came with the help of a performance of elite creative class from Kane, the England international showing there are certainly more strings to his bow than simply scoring goals.

Kane’s passing range was abundantly evident as he carved open the Southampton defence for the grateful Son, including a first-time ball across the backline and a delightful clipped ball over the top for the South Korean to chase.

The 27-year-old was labelled as the Man of the Match by Jose Mourinho for his selfless display and deservedly got himself on the scoresheet to complete a fine individual showing, Kane taking the first of our centre-forward positions ahead of the scintillating – and unfortunate – Wilfried Zaha.

It’s a second successive inclusion in our side for Dominic Calvert-Lewin, who has bounced back from a disappointing end to last season to star the new season with a bang for Everton.

The forward headed home a superb winner against Tottenham on the opening weekend before producing a performance of predatory instinct against West Bromwich Albion, netting a close-range hat-trick and thriving as the focal point of a new-look Everton side.

DCL is on fire 😤 pic.twitter.com/fxotMh7r7H

Carlo Ancelotti is a huge fan of the forward’s attributes, but goals have been an area to improve, and the nature of the 23-year-old’s finishes – all coming around the six-yard box – is an encouraging sign in the player’s development.

Four goals in two fixtures is a fine return for a player who seems to be improving markedly under Ancelotti, Calvert-Lewin’s goals helping Everton to back-to-back wins and a perfect start to the campaign.

The best Premier League stats of the week: The brilliance of Son, Thiago and Man City