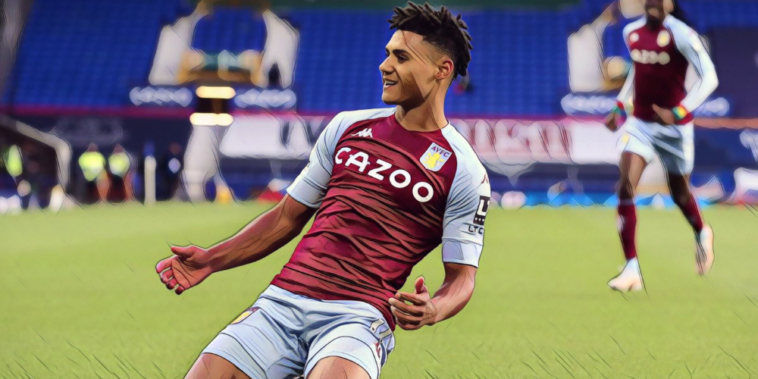 The weekend’s Premier League football saw Manchester City move ever close to an inevitable title celebration, whilst Chelsea tightened their grip on a top-four place after beating Fulham in the west London derby.

Everton’s hopes of reaching Europe were dealt a hammer blow with another defeat on home soil, whilst Brighton climbed away from the relegation places with a huge victory over Leeds.

Following the action that did take place, we’ve picked out some of the division’s finer performers, here is The Football Faithful’s Premier League Team of the Week.

Chelsea‘s 2-0 win over Fulham may have appeared as a routine west London derby victory, but the top-four chasing Blues needed goalkeeper Edouard Mendy to be at his best to prevent the visitors getting back into the contest.

Mendy made an excellent save to deny Ivan Cavaleiro before making an even better stop to keep out Ola Aina’s deflected effort, the Senegalese shot-stopper recording his 16th clean sheet in just 28 league games this season – with only Manchester City’s Ederson having registered more.

Mendy arrived as a relative unknown from Rennes but has proven a shrewd signing from Chelsea, providing the Blues with a commanding presence.

Everton’s Jordan Pickford also deserves a mention, making a string of saves to ensure his side’s defeat to Aston Villa was not an embarrassing scoreline.

A strong performance at both ends of the pitch from the Tottenham right-back, who finished the clash with two assists as the north Londoners thrashed Sheffield United to boost their hopes of securing European qualification.

The Ivorian clipped a delightful pass into the path of Gareth Bale for the game’s opening goal, before teeing up the same player for his hat-trick after an enterprising run forward.

Aurier has had his fair share of critics in recent seasons, but can provide moments of real creativity when released of his shackles to venture forward.

A captain’s performance from Lewis Dunk who helped Brighton to a crucial 2-0 win over Leeds, the Seagulls all but assuring their Premier League status with an impressive win over Marcelo Bielsa’s side.

Dunk continued his impressive recent form with another strong showing at the heart of the defence, completing 42/45 of his passes – a leading total amongst Brighton players – and making 15 ball recoveries alongside five clearances.

Brighton fans are adamant the 29-year-old has the quality to feature at international level with Dunk yet to add to his sole cap won in 2018, though performances of this calibre unlikely to do his chances of a recall any harm.

The best GIF you will ever see.

Extra marks this week for the incredible casualness of his chested pass back into goalkeeper Robert Sanchez’s gloves.

Knowing which version of David Luiz is going to turn up has been an impossible task for managers and teammates alike in recent seasons, but at his best, the defender brings an aura of calmness to the backline.

The 34-year-old was an impressive performer as Arsenal won 2-0 at Newcastle on Sunday, bringing leadership to the side and having a positive influence on Gabriel alongside him.

Luiz’s was making his first appearance since March and his distribution was excellent from deep, his withdrawal with a hamstring injury a major blow to Mikel Arteta ahead of this week’s Europa League semi-final second leg with Villarreal.

Southampton fans must have feared the worst after Jannick Vestergaard’s 10th-minute red card against Leicester, memories of last season’s 9-0 home thrashing to the Foxes still vivid.

Ralph Hasenhuttl’s side dug in despite their man disadvantage to secure a 1-1 draw however, with each of the Saints’ backline impressive in nullifying the threat of Jamie Vardy and the in-form Kelechi Iheanacho.

Jack Stephens has struggled to win favour this season and was afforded a rare start in the unfamiliar position of left-back, working hard and performing admirably to help his side to a much-needed point at St Mary’s.

Manchester City’s best player as the club took a huge step towards the title with victory at Crystal Palace, the league leaders now just one win – or Manchester United defeat – from being crowned as champions again.

Fernandinho operated at the base of the midfield and produced a typically assured and efficient display, anchoring the side and dropping deep to create a back three when out of possession.

The 35-year-old’s passing was crisp and he made a huge seven ball recoveries, the veteran remaining an invaluable player to Pep Guardiola and amongst his most trusted lieutenants.

No news has yet been released on his future with the midfielder’s contract set to expire this summer, but this was a showing that demonstrated the Brazilian has enough to go again next season at the very least.

Mason Mount’s excellent season continued with another impressive showing against Fulham, the midfielder setting standards of incredible consistency during a superb individual season.

The England international featured in a deeper role at Stamford Bridge and produced a typically industrious showing, his work-rate again crucial to the side as he covered the ground in midfield.

Mount’s confidence is sky-high right now and he showcased his quality with an exquisite touch and pass to assist Kai Havertz, plucking the ball nonchalantly out of the sky before playing a weighted pass into his onrushing teammate.

Brilliant from Bale and as a good a hat-trick as you will see in the Premier League this season, the Welsh winger scoring a superb treble as Tottenham thrashed Sheffield United 4-0.

Bale opened the scoring with a clever lobbed finish before lashing home an emphatic second on the counter-attack, completing his hat-trick from outside of the box with a low finish to take his tally to 14 goals for the season in all competitions.

The 31-year-old drifted over to both flanks and into dangerous central areas, Spurs a much more threatening outfit with Bale working in tandem alongside the likes of Son Heung-Min and Harry Kane.

It’s now nine league goals in just eight starts for Bale and his record opens up the question of how many more points Spurs would have had the Real Madrid loanee featured more regularly.

Impressive once again down the left-hand side for Arsenal at Newcastle, the youngster’s return to fitness has been a welcome boost to Mikel Arteta’s attacking options.

Martinelli was typically full of running and gave Jacob Murphy a difficult afternoon at wing-back, providing a brilliant delivery on his weaker side to assist Pierre-Emerick Aubameyang.

Mikel Arteta was full of praise for the teenager who will hope to have secured his place in the side ahead of the Gunners’ Europa League semi-final with Villarreal, with Martinelli’s huge five chances created at St James’ Park demonstration of the threat he can provide.

The second half of the season has shown more frequent glimpses of the talent of Kai Havertz, the club-record signing growing into his role for Chelsea after a difficult start to his debut season.

Havertz starred as Chelsea strengthened their grip on a top four position after scoring both goals in the Blues’ 2-0 win over Fulham, the Germany international featuring in a false nine position and causing problems with his evasive movement.

The 21-year-old opened the scoring following a wonderful assist from Mason Mount, before showcasing his ability to link the play by combining with compatriot Timo Werner for a second.

The forward’s performance has raised hopes he can explode as a Chelsea player next season, though Thomas Tuchel will be confident the star can impact the run-in as the west London side seek a top-four finish and both Champions League and FA Cup glory.

What a signing Ollie Watkins has proven to be for Aston Villa, the club’s record gamble on last season’s Championship Player of the Season proving a masterstroke for Dean Smith and his recruitment staff.

Watkins scored his 13th league goal of the campaign as Villa won 2-1 at Everton this weekend, dispossessing Mason Holgate before keeping his cool to fire low past Jordan Pickford.

It was a microcosm of his performance as a whole as the forward hassled and harried the Everton backline throughout, the home side struggling to deal with the 25-year-old’s pace, power and tireless tenacity to defend from the front.

Smith praised the striker’s showing as ‘outstanding’ post-match and it was a display that will not have gone unnoticed by the watching Gareth Southgate.

Danny Welbeck – who scored the goal of the weekend with a wonderful effort against Leeds – is unfortunate to miss out on selection.