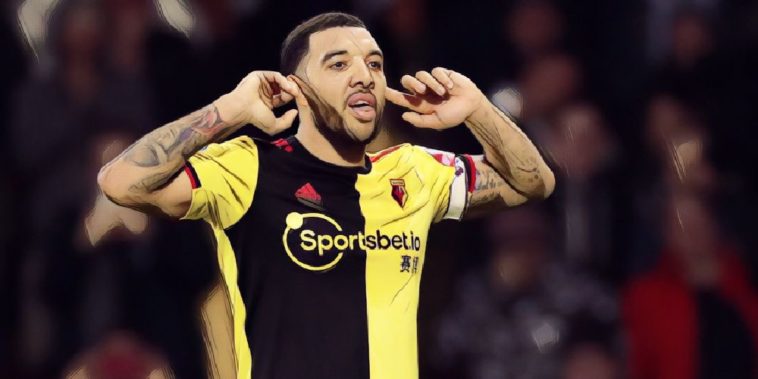 The games have continued to come thick and fast over the festive period, though we saw out the year and decade with another weekend of thrilling Premier League action.

VAR once again reared its ugly head and created further controversy, the technology becoming more like an office jobsworth rather than a genuine benefit to the spectacle of the game.

League leaders Liverpool continued their march towards an elusive title, whilst Leicester, Manchester City, Chelsea and Man Utd all boosted their hopes of a top-four finish with important wins. Down at the bottom, it was a grim weekend for struggling Aston Villa, whilst another defeat for West Ham has prompted the return of the ‘Chosen One’.

Here, for the final time this year, is The Football Faithful‘s Team of the Week…

Despite their struggles this season so far Foster has been a consistent performer, and features in our Team of the Week for the fourth time, more than any other goalkeeper so far.

Against Villa he again brought solidity to the Watford backline, earning his sixth clean sheet of the season and ensuring a vital three points for the Hornets. It’s now seven points in three games for Watford, who are beginning to move towards safety.

996 – Ben Foster was only four saves short of making 1000 saves in the Premier League this decade. His tally of 996 was more than any other goalkeeper in the competition in the 2010s. Stopper. pic.twitter.com/yW3QaUSQeP

The Everton man has been unfortunate not to be given his inclusion in this feature in recent weeks, given his form since establishing himself as a starter at Goodison Park.

Having featured on the right-wing against Burnley on Boxing Day, the loanee returned to usual his right-back berth for the win at Newcastle and once again showed his class.

Newcastle’s aerial bombardment made life difficult for Carlo Ancelotti’s side, but Sidibe and Mason Holgate impressed in particular at dealing with the hosts direct approach. The 27-year-old won four aerial duels, as well as seven recoveries, four clearances and three successful tackles.

Gomez has had to be patient for his chance at Liverpool following a frustrating spell, but having returned to the side in recent weeks has demonstrated why he is so highly regarded by those at Anfield.

The England international’s strength and athleticism was evident on several occasions against a dangerous Wolves attack on Sunday, whilst he also showed his ability to play out from the back as Liverpool looked to assert control during their 1-0 victory.

It’s now three consecutive Premier League clean sheets for the leaders with Gomez at the heart of their defence, the 22-year-old stating his case to be Virgil van Dijk’s first choice partner for the remainder of the season.

Four clean sheets in a row with VVD and Joe Gomez together at the back for Liverpool 🚫 pic.twitter.com/a3rr2Ib1Rx

A consistent Premier League performer for over a decade, Tomkins marked his 350th career appearance this weekend with a thumping header to earn his side a deserved point at Southampton.

The goal was a just reward for a fine performance from the 30-year-old, meeting Luka Milivojevic’s free-kick superbly to head in off the underside of the bar, Palace continuing their solid first half of the campaign and head into the new decade sitting in the top half.

The young left-back returned to the side and delivered arguably his best performance in a Manchester United shirt so far against Burnley, excellent both defensively and offensively in the 2-0 victory and providing a series of fine deliveries from out wide.

The 19-year-old is likely to experience inconsistent performances as he matures into a first-team player, but looks a real alternative to the under-performing Luke Shaw as Ole Gunnar Solskjaer looks to find his strongest side.

If I was Luke Shaw I'd be very worried about my #MUFC starting position. Brandon Williams is immense. He fights and he's progressive. He makes Luke appear old skool. Brandon is the modern raiding full-back, packed with energy and endeavour and an end product. Love the boy.

Chelsea were heading for a sixth defeat in eight Premier League fixtures after being dominated by Arsenal during the opening exchanges at the Emirates, falling behind to Pierre-Emerick Aubameyang’s goal and prompting manager Frank Lampard into a tactical alteration.

The Chelsea boss would revert away from his back three formation and introduced Jorginho as a first-half substitute, the arrival of the midfielder proving to be the catalyst for his side’s comeback.

The midfield metronome helped exert greater control for the Blues in an entertaining London derby, before popping up to score an equaliser following a mistake from goalkeeper Bernd Leno.

Perhaps fortunate to still be on the field after avoiding a second yellow card, the 28-year-old was nevertheless influential in Chelsea sealing a memorable comeback win.

A brilliant performance from the on-loan midfielder, with Brighton fans sure to be clamouring for the signature of the Australian international on a permanent basis after his latest showing.

Against Bournemouth the 29-year-old was at the heart of everything, making things happen for Graham Potter’s side who secured an important 2-0 victory at the Amex Stadium.

Central to the host’s best passages of play, Mooy capped a fine display with a brilliant, Dennis Bergkamp-esque individual goal, his first since moving to the club last summer.

👊 What a way to score your first @premierleague goal for the club! #BHAFC 🔵⚪️

Not a vintage performance from the champions to beat Sheffield United on Sunday, though Pep Guardiola’s side did enough to bounce back to winning ways following their capitulation at Wolves on Friday night.

Key to their success, as usual, was De Bruyne, the Belgian setting up Sergio Aguero for the first before sealing victory with a crisp strike of his own late on.

It’s now seven goals and 12 assists for the 28-year-old in the Premier League this season, De Bruyne amongst the clear favourites to be crowned as Player of the Year despite his side’s indifferent form.

Kevin De Bruyne has been directly involved in 19 goals for Man City this season in the Premier League.

Watford’s club-record signing is beginning to show signs of progress following a slow start to life in English football, scoring for the second consecutive game to put the icing on the club’s 3-0 win over Aston Villa this weekend.

The Senegal international was a constant outlet for his side throughout a huge victory for the Hornets, who moved within just three points of safety as the recovery from a torrid start to the campaign continued.

Having missed some guilt-edged chances earlier in his Watford career, Sarr showed great desire to get into the box for his side’s third at Vicarage Road, demonstrating his pace and running power to bundle home.

The 21-year-old’s confidence is likely to be increasing with each passing week, and he could help inspire the club’s great escape.

The return to fitness of the Watford captain has proved pivotal in the club’s strong recent form, Deeney once again central to a battling display and capping his performance with two goals to secure a huge victory for Nigel Pearson’s side against Villa.

The 31-year-old was in the right place at the right time to open the scoring, before confidently dispatching a penalty for his second after being felled by Douglas Luiz.

He would add to an impressive showing by playing a hand in Ismaila Sarr’s third, the powerful forward thriving under the new management at Vicarage Road.

5 – Troy Deeney has scored five goals in three league appearances against Aston Villa, with four of those coming at Vicarage Road. Bluenose. pic.twitter.com/857Tsiffk7

What a turnaround it has been for the Everton forward, who seemingly can’t stop scoring after previously struggling to score prolifically at Premier League level.

The 22-year-old scored his seventh and eighth league goals of the season with a double to down Newcastle at St James’ Park, showing his predatory instincts by finding space in the penalty area to secure victory for Carlo Ancelotti’s side.

Now that's a No.9. pic.twitter.com/Xi38tzQFrw

The new Everton boss has spoken glowingly of the youngster since arriving on Merseyside, and believes Calvert-Lewin has the potential to become one of the best strikers in European football should he fulfil his potential.

He’ll need to continue this sort of form to make those predictions a reality, but it has been an impressive spell for the Sheffield native.