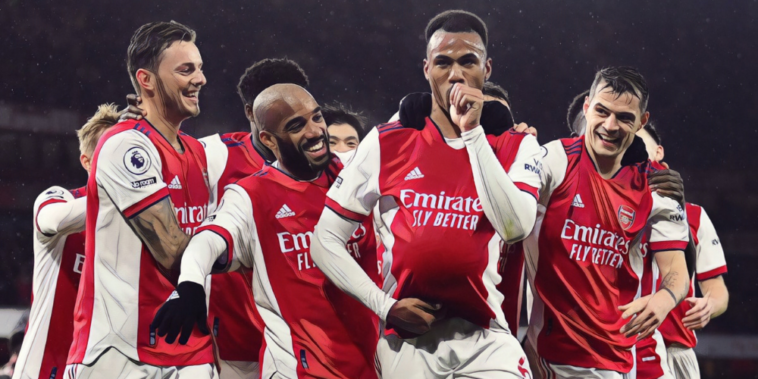 The ongoing pandemic has once again wreaked havoc with the Premier League calendar, with five top-flight fixtures – at the time of writing – having already been postponed ahead of the weekend’s games.

There is still plenty to be excited about should the remaining fixtures go ahead, however, including a clash between Antonio Conte’s Tottenham side and Liverpool in the capital.

Elsewhere Aston Villa will look to continue their impressive start under Steven Gerrard, whilst struggling Newcastle face the unenviable task of taking on the Premier League champions at St James’ Park.

The Premier League has faced calls for an entire postponement of the weekend’s action, as clubs across the division deal with rising numbers of positive Covid-19 cases.

Thomas Frank was amongst the leading names to have called for a cancellation, having seen each of Brentford’s past two games rescheduled as a result of a surge in positive Premier League tests.

"The league really loses something if it becomes disjointed."

With half of this weekend's Premier League fixtures already postponed due to Covid-19 at clubs, Eddie Howe feels it could be time for a break. pic.twitter.com/25O1yvheMk

With each game postponed the Premier League faces a headache in finding room in an already congested fixture calendar, whilst the league’s authorities also face questions over the division’s sporting integrity as some sides are forced to operate with thread-bare squads during the festive period.

It is a road the Premier League have been down before but one no leading figure with relish, the priority – as ever – should be ensuring the health and safety of players, staff and the crowds in attendance.

Pierre-Emerick Aubameyang’s future at Arsenal appears uncertain following the forward’s disciplinary breach, with Mikel Arteta having omitted the Gabon international – stripped of the club captaincy – from the Gunners’ matchday squad for fixtures with Southampton and West Ham.

Those games have delivered a maximum of six points and two clean sheets, with Alexandre Lacazette having earned praise from Arteta for his performances at centre-forward.

The Frenchman’s own future is unclear as he enters the final months of his deal in North London, but he continues to remain a valued member of the dressing room and committed performer.

Arteta was full of praise for the selflessness of Lacazette following the win over West Ham and the forward’s work-rate, leadership and link-play have provided the focal point that has been lacking with Aubameyang’s performances this season.

🗣"He's always been like that in the dressing room it's in his nature. He's not a selfish player."

Mikel Arteta explains his reasons for why he's handed the captain armband to Alexandre Lacazette pic.twitter.com/skr7fTpJ1V

With the likes of Gabriel Martinelli and Martin Odegaard improving and both Bukayo Saka and Emile Smith Rowe providing valuable contributions, it is a combination that appears to be working for an Arsenal side gaining realistic belief over a top-four finish.

Against a depleted Leeds side this weekend and with both West Ham and Manchester United not in action, the Gunners can strengthen their case for Champions League qualification, with Arteta confirming Aubameyang will not be considered for selection.

Wilson return key to Newcastle’s hopes of an upset

Eddie Howe sprung a surprise with his team selection during Newcastle’s 3-1 defeat at Liverpool on Thursday evening, naming Callum Wilson amongst the substitutes at Anfield.

Wilson is the Magpies’ leading scorer this season with six Premier League goals for the campaign, a haul which accounts for a third of Newcastle’s entire total – with the entire starting side at Liverpool having managed just two more goals (8) than the 29-year-old combined.

Allan Saint-Maximin was utilised in a central position with his speed and trickery designed to cause problems for Liverpool, but it was a tactic that failed to work as the Magpies largely struggled to trouble a Reds’ team lacking Virgil van Dijk.

Newcastle face another huge challenge as Manchester City – fresh from a 7-0 thrashing of Leeds in midweek – visit St James’ Park this weekend and Howe must recall Wilson to the starting side agains the Premier League champions.

Wilson and Saint-Maximin are the two names in the Newcastle side with the genuine quality to trouble Guardiola’s side and the pair should be used in tandem – and not as alternatives – if the Magpies are to have any chance of survival this season.

Rested or rusty for Spurs squad ahead of Liverpool clash

Tottenham’s game with Liverpool is planned to go ahead as scheduled, with the north Londoners set to be in action for the first time in two weeks.

Each of Spurs’ last three games have been postponed as a result of a Covid-19 outbreak amongst the squad, the Premier League posting a record-high for positive cases during last week’s round of testing.

It remains to be seen what team Antonio Conte fields against the Merseysiders this weekend and whether the break has been beneficial or detrimental to Spurs‘ hopes of a positive result.

Premier League confirm Tottenham's game with Leicester today has been called off due to COVID-19 cases on both teams.

Since losing on their last visit to the capital at West Ham in early November, Liverpool have won their past eight in all competitions with 21 goals scored and just three conceded.

Spurs will need to find a way of containing Mohamed Salah this weekend, with the Egyptian needing one more goal involvement to set a new Premier League record of 16 consecutive games with a goal or assist.

Chelsea can ill-afford another slip at Wolves

“Today, please: it’s a freak result for this kind of match. So where to point the finger and where to start? There are some facts that we concede too many goals, that we give away too many leading positions, this is a part of that.

“But we are very honest and very critical. But for me, it’s not so easy to analyse why we’re dropping points. I can never say we don’t play with full effort, discipline and ambition, we do. And especially throughout first half and big periods of second half we do.

“But it slips and we get punished for not getting a lot wrong. It’s a bit awkward and strange to analyse.”

Have Chelsea kept a clean sheet in their last six games across all competitions?

Thomas Tuchel was left baffled after Chelsea dropped points for the third time in five matches, held to a 1-1 draw by an Everton side depleted of several first-team players.

Teenager Jarrad Branthwaite netted the equaliser for Everton on just his second appearance of the season, leaving Chelsea four points adrift of league leaders Manchester City who won in midweek.

Chelsea’s inability to turn dominance into wins and a concerning run of squandering leads will have Tuchel worried. The Blues can ill-afford to lose further ground in the title race ahead of an awkward clash with Wolves this weekend.

Danny Ings’ arrival from Southampton last summer was designed to alleviate the goalscoring pressure from Ollie Watkins, with the summer signing having netted twice in his first two appearances for Aston Villa.

Ings has scored just once from 10 appearances since that quick-fire start, however, whilst the return of Watkins has presented new manager Steven Gerrard with a selection headache.

The duo have not quite clicked as a front pairing during the opening months of the season and Watkins’ recent goalscoring form, scoring four times in his past eight appearances, has left Ings’ position in the side uncertain.

Gerrard has preferred a 4-3-3 formation during his time with Villa so far and the success of his early reign means Ings has a fight on his hands to regain his place in the side.

Villa host Burnley in the Premier League this weekend, looking to extend their record to five wins from seven league fixtures under the new manager.