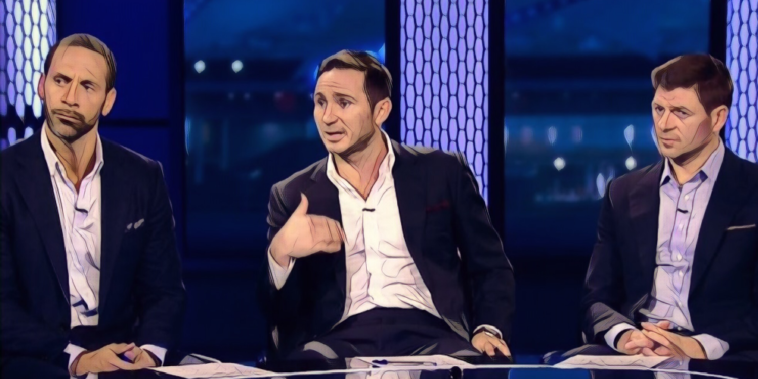 Spurs became the first English team to exit the Champions League this season, after their 4-3 aggregate loss to Italian giants Juventus.

Premier League clubs Liverpool and Man City are already comfortably through to the quarter-finals after easily overcoming Porto and Basel respectively.

Whilst Chelsea face a tough second leg tie in the Nou Camp against the mighty Barcelona, next week with the score at finely poised at 1-1.

Jose Mourinho’s Manchester United will welcome Sevilla to Old Trafford after a 0-0 result in Spain in the first leg.

After many seasons of underachievement in Europe’s foremost club competition, many observers think this could be the season when English clubs start to dominate the tournament in the way they did a decade ago.

However, some of the Premier League’s greatest ever players, Rio Ferdinand, Steven Gerrard and Frank Lampard, have all agreed on who exactly they think will win this year’s competition – and it’s NOT an English club.

“Real Madrid, simply because of the experience and the Ronaldo factor.” Ferdinand told BT Sport.

Liverpool legend Gerrard was then in full agreement, although he did big up his former club’s chances when he said:

“Liverpool have a chance but Real are rightly favourites.”

With Lampard then further backing up the opinions of his former England team-mates:

“I have to agree but it is still very hard to predict.”

So there you have, despite the potential of having four Premier League clubs in the last eight, all three of these former Champions League winners are all backing a Cristiano Ronaldo inspired Real Madrid to win their 13th European crown.

The draw for the quarter-final will take place on the 16th of March.