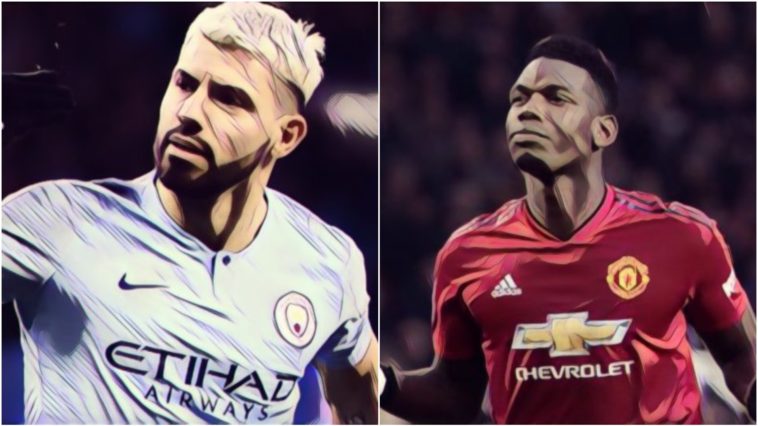 Spoiler: Sergio Aguero won all of the awards. The Premier League is his domain. Everyone else can go home now.

Cardiff City may have gotten a vital victory over Bournemouth on Saturday, but the game itself paled in significance when compared to the tragic disappearance of Emiliano Sala, who would have made his home debut at the weekend had his plane not gone missing over the English channel. Wreckage of the plane has been found since the match took place, all but confirming everyone’s worst fears.

The Bluebirds faithful paid a wonderful tribute to the Argentine following the full-time whistle, bringing manager Neil Warnock to the brink of tears. A lovely moment at a time of mourning for the club.

Manchester City vs Arsenal takes it, but almost by default of the talent on show considering it wasn’t a weekend of classic football in the Premier League.

The result was as predictable as the morning sunrise, but the Gunners did at least make it interesting for around a half hour in the first half, following up their 11th minute equaliser with some very good midfield play until Aguero restored his side’s lead just before half-time.

In the second half everyone could just sit back and appreciate City nonchalantly picking apart an overawed and underprepared Arsenal — who had zero attempts in the second period — on their way to a 3-1 win.

Impossible to look past Sergio Aguero, whose three goals steamed Arsenal on Sunday evening. A fourteenth Man City hat-trick for the best individual performer over the weekend.

Southampton’s revival continues apace, even if they didn’t beat relegation rivals Burnley at the weekend. The Saints did take the lead however, through a fantastic Nathan Redmond strike from outside the box during the drawn game.

Son Heung-Min was a close runner-up, but misses out due to the fact that his impressive shot found its way into the back of the goal partly thanks to a goalkeeping error. Speaking of…

Martin Dubravka has had a solid season between the sticks for Newcastle United, but he won’t be listing Son’s goal at Wembley as a season highlight.

For the first time in the long and storied history (one month) of these weekly awards, we have never had a tie — until now. There is very little between the two sumptuous passes Ilkay Gundogan and Paul Pogba completed in their respective fixtures on Sunday. The City playmaker wedged a lovely pass over the defence to Raheem Sterling, who laid it on for Aguero’s second of the game.

Pogba meanwhile hit a beautiful pass to set Marcus Rashford up on the counter for the winning goal against Leicester City. There was just four touches between the two Manchester United players from the interception to the finish.

1.4% of all opening minute goals in Premier League history have been scored by Sergio Aguero in the past six days

Clap Back of the Week

Probably the first, but hopefully not the last winner of this award, Manuel Pellegrini truly put Jurgen Klopp in his place following the Liverpool manager’s complaints about the referee after their 1-1 draw with West Ham United.

Manuel Pellegrini with some classic 2013 banter here in the press conference: "Klopp is used to offside, he scored against me with Borussia Dortmund against Malaga, with a goal that was 7 metres offside. He cannot complain about nothing."

When you’re down near the foot of the table, fighting desperately to avoid relegation, the last thing you need are players giving away demonstrably soft penalties. Cyrus Christie did just that on Saturday, reaching up for the ball in the sky with his hand in a tussle with Christian Benteke. Brainless stuff from the right-back, who has shown himself to be beneath Premier League level.

A black cat nipping up to Goodison Park for Everton vs Wolves pic.twitter.com/WGLufee1k1