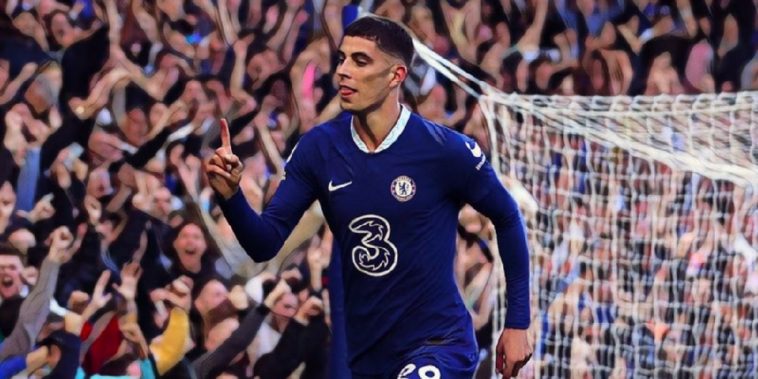 Chelsea continued their recent improvement with a comfortable 3-0 win over Wolves at Stamford Bridge.

Chelsea came into the game having won back-to-back games for the first time this season, beating Crystal Palace 2-1 last weekend before putting in an impressive performance to see off Italian champions, AC Milan, in midweek.

Graham Potter’s side started by far the better of the two sides and dominated the ball against the managerless, Wolves, though were frustrated as the visitors looked to sit back and defend.

The Blues did, however, grab their breakthrough right on the stroke of half-time, Mason Mount putting in a good cross from the right to find Kai Havertz who looped a header back over Jose Sa.

Chelsea then made it two nine minutes into the second half through Christian Pulisic. The American drifted into the area on the left before laying it off to Mount. The England international produced a lovely reverse pass back into the Blues number 10, who clipped it past Sa in the Wolves goal with his left.

Potter’s side wrapped up the scoring in the 89th minute as Armando Broja received the ball from Matteo Kovacic, drove towards the Wolves area, before firing low past Sa from the edge of the area.

“Credit to Wolves they came out and gave us more of a test in the second half, we saw that period out and we manged to score a nice goal. Nice at the end for Armando [Broja] to score,” Potter told BBC Sport.

“We want to score more than one, we were playing so well and if you have that performance level the goals will come. Just a case of keeping that going and keeping the performance good. The effort was fantastic and they’ve worked hard in training this week.”

Broja’s goal to make it 3-0 was the striker’s first for the club having spent last season out on loan at Southampton.

“I’ve been here three or four weeks so taking no credit, great finish nice pass too and whenever he comes on he works hard for the team. He’s had to be patient but he’s been working hard in training and it’s nice for him to score.”

Chelsea are unbeaten since Potter was appointed as Thomas Tuchel’s successor last month, and the 47-year-old said he has continued to be ‘impressed’ with how the players have responded to his methods.

“I’ve said from the start I’ve been impressed with how open, honest and responsible they are. It’s difficult to keep the same XI with the schedule but there is an element of consistency to how we play. Really happy with the boys and how we’ve recovered. We go again on Tuesday.

“Winning games helps so we look forward to the games, it’s about hard work, it’s being together, that stuff is important but the guys have been really impressive.”