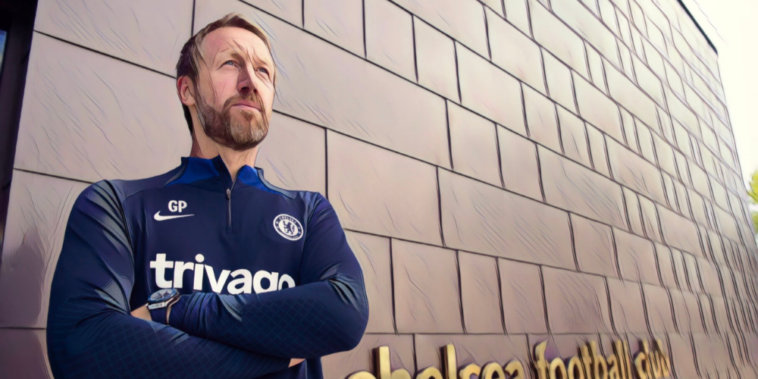 Graham Potter insists ‘life is about risks’ after leaving Brighton to take charge at Chelsea.

Potter was named as the new head coach of the west Londoners last week and has signed a long-term deal at Stamford Bridge.

The 47-year-old departed Brighton after guiding the Seagulls to their best-ever Premier League finish last season and takes charge at a club renown for managerial upheaval.

Thomas Tuchel was sacked despite guiding Chelsea to three trophies during his 20 months in charge, but Potter admits the chance to take over a Champions League club was one impossible to turn down.

“Life is about risks. No one knows what will happen in the future,” Potter told his pre-match press conference ahead of Chelsea’s Champions League clash with Red Bull Salzburg.

“I left England when I was 30 years old and I went to a club that had sacked their manager every year for the last five years, in the fourth tier of Swedish football [Ostersunds]. I left a secure job and my wife’s business for an opportunity.

“I’ve taken careful steps in my career over the last 17 years, I’ve not just jumped at things. I’ve tried to understand what was involved and what the next challenge means. That is what life is.”

Potter admits the last nine days have been a ‘whirlwind’ since swapping the Seagulls for Stamford Bridge, but reiterated his excitement at the ‘exciting project’ at Chelsea.

“It feels like nine weeks or nine months, not nine days [since final game as Brighton boss]. The beauty of football and the beauty of life is you never know what can happen. I had some very intense conversations with the owners; firstly I realised they are good people who made a huge success of their life outside of football.

Read Also – Potter opens up on ‘different challenge’ at Chelsea