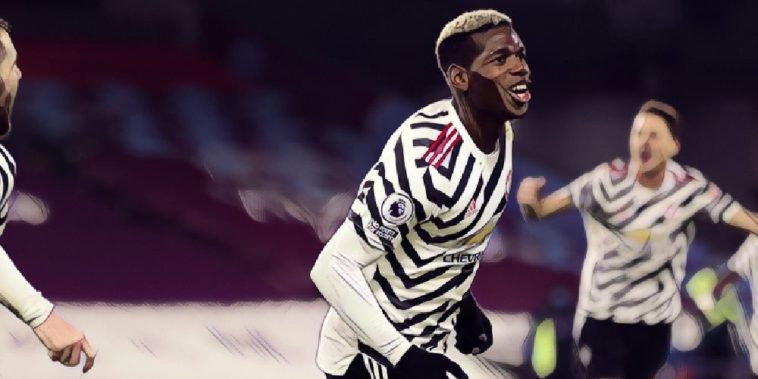 A solitary Paul Pogba strike saw Manchester United move to the top of the table in a hard-fought 1-0 win over Burnley at Turf Moor.

Burnley, as they so often do, looked to establish their aerial dominance early on, with the game not really being allowed to settle in the entirety of the goalless first half.

There was however plenty of incidents for VAR to pore over, with two potential red cards in one incident ultimately ending in a yellow card for Luke Shaw, while the Video Assistant also decided not to overturn a disallowed Harry Maguire header, despite there looking to have been minimal contact with Erik Pieters.

Manchester United looked far more settled in the second half as Burnley looked more content to sit back, and in the 71st minute they took the lead. Marcus Rashford – who had had a relatively quiet evening – played a cross towards the edge of the box which was met by the impressive Paul Pogba who volleyed through the ball and past Nick Pope, his effort taking a slight deflection on the way in.

The Red Devils spurned a number of chances to extend the lead, while the Clarets attempted to draw level with a late spell of pressure, though ultimately failed to get any of their shots on target.

Winning goal to send @ManUtd top of the @premierleague
🙌🙌 pic.twitter.com/CFxwSqUvZX

The result moved Manchester United three points clear at the top of the Premier League for the first time, at this stage of the season, since Sir Alex Ferguson’s final season in charge.

“The pass was top, I had the freedom to go and shoot, I’m really happy with the goal,” Pogba told BBC Sport.

“We knew if we win we would be top of the league when we play Liverpool. We have to keep calm, now it is the big moment. We will see what is going to happen.

“It will be a beautiful game for everyone. A big game coming up so let’s get ready for it.”

Next up for United is what is set to be a hugely intriguing fixture against bitter rivals Liverpool, who were the last team to beat Solskjaer’s side in a Premier League away game last January.